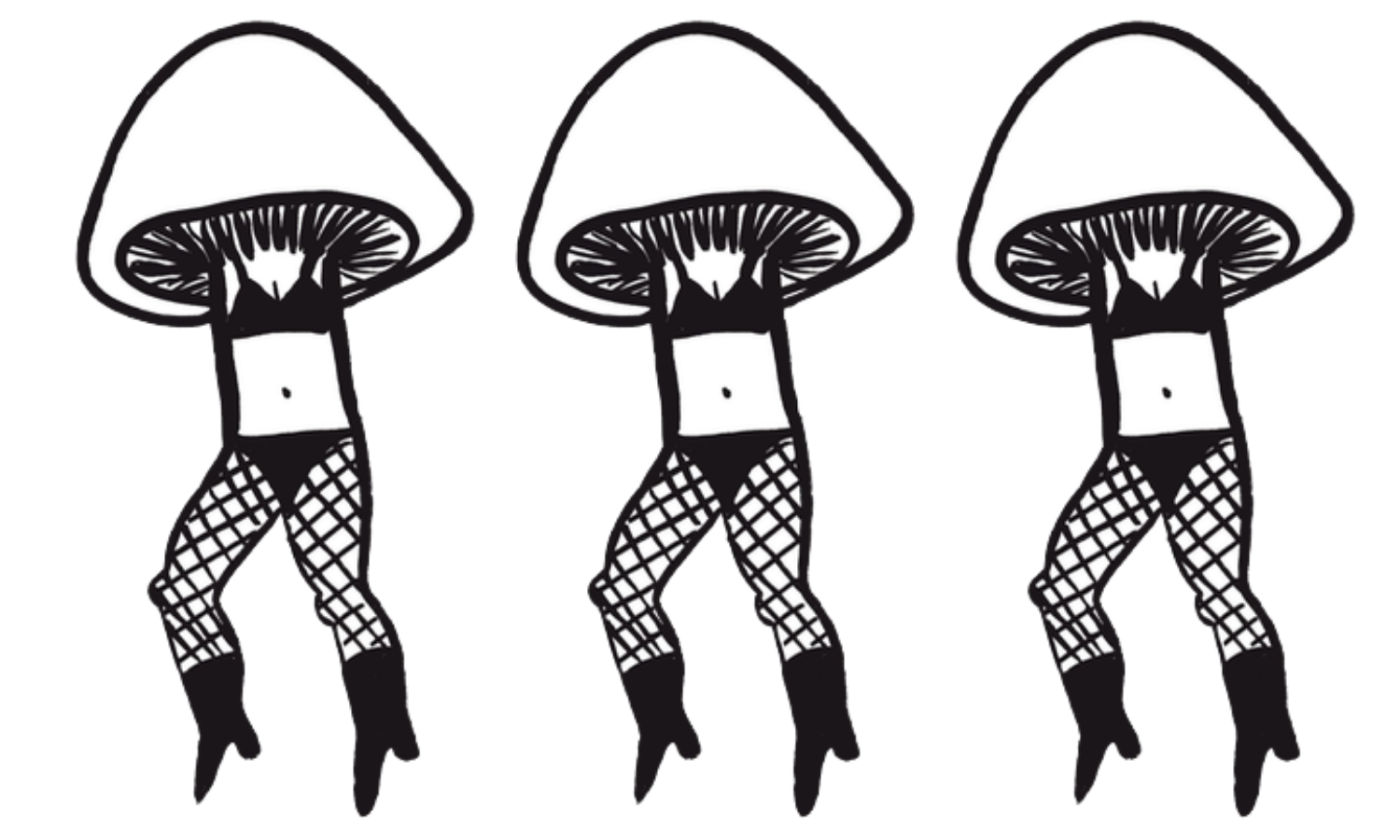 How fungi could save the fashion industry


We all know fashion is destroying the planet: clothing is now responsible for 3-6.7% of global human-caused carbon emissions. This is due to transportation, waste and other factors, but some of the biggest culprits are the synthetic materials themselves, including acrylic, polyester and nylon. These are derived from non-renewable oil and constitute around 62% of all fibres used in fashion. These fibres are non-biodegradable, require a huge amount of water for cooling, highly toxic chemicals for their production and they release microplastics into the environment during use and the washing cycle.

Another environmentally damaging fabric is conventional cotton, which makes up approximately 24% of fashion’s textiles. Cotton requires a huge amount of water (the production of one cotton t-shirt requires 2,700 litres of water) and numerous insecticides and pesticides in high volumes, which harm soil health and water sources. Cellulose fibres, such as Viscose and Modal, which are made by dissolving cellulose into a chemical solution and then spinning it into threads, make up around 6% of fashion’s fibres. However, while these fibres are often seen as a more sustainable alternative to synthetic materials, they are also environmentally damaging as the processes involved release dangerous chemicals into the air and into waterways, and increased demand for the fibre has caused deforestation and consequent habitat loss in many areas.

Consumer demand for more sustainable alternatives and increased emphasis on ESG has driven innovation and given way to a variety of new textiles. These could help to combat fashion’s reliance on fossil based, synthetic materials, and provide an alternative to animal derived materials, which could dramatically lower fashion’s carbon footprint. Some examples are bio-exotic skins made from cactus or pineapple leaves; vegan silks made from orange peel; and milk fibres made from casein protein in waste milk. Startup AlgiKnit, which is developing sustainable textiles from seaweed, has just raised $13m in Series A funding, with new investors including H&M CO:LAB, the investment arm of clothing retailer H&M Group.

But possibly the best solution lies in the most unlikely place. First we looked to the animal kingdom for our clothing materials. Then we turned to the plant kingdom. Few among us will have anticipated the next step: a visit to the fungus kingdom. That’s right, mushrooms could be the solution to our clothing crisis.

In recent years – perhaps due to the climate crisis, increased focus on wellness and a stronger desire to reconnect with nature – we have experienced a shift towards more mycophilic attitudes which can be seen in the therapeutic, pharmaceutical, culinary and wellness fields

Out of the millions of fungal species said to live on the planet, only about 6% of them have been identified by humans. The mushroom kingdom has dramatically less research funding and investment compared to the plant and animal kingdoms, which biologist Merlin Sheldrake says could be as a result of the Western world’s mycophobia. According to Francesca Gavin, the curator of a previous Somerset House exhibition dedicated to fungi-inspired art and design, mushrooms have always been seen as “something witchy, something darker, something that’s about decay”. Historically, there has been a sense of mystery and even disgust towards fungi in the West; this fungal fear has even wormed its way into popular culture, for example in Lewis Carroll’s Alice’s Adventures in Wonderland it is eating mushrooms that makes Alice fluctuate in size. However, in recent years – perhaps due to the climate crisis, increased focus on wellness and a stronger desire to reconnect with nature – we have experienced a shift towards more mycophilic attitudes which can be seen in the therapeutic, pharmaceutical, culinary and wellness fields. Mushrooms have always been a part of society and culture in East Asian countries, particularly in China, Korea and Japan, where mushrooms are considered to have healing and spiritual properties. It seems like the Western world is only just catching up. Fungi hold the biosphere together and mushrooms have many properties that are beneficial to both humans and our environment, including nutrient cycling, carbon cycling and climate regulation alongside their medicinal properties.

Mycelium fabrics are also naturally much better for the environment than their previously mentioned traditional counterparts as their production uses no toxic chemicals or fertilisers, and very little water. The production of traditional leather, for example, involves raising livestock, which is extremely land and water intensive and as disposable incomes rise around the glove, the demand for meat and leather goods will rise, which the environment simply cannot sustain. Mycelium leather production, on the other hand, does not involve raising livestock and the mycelium used can be produced in a lab within days. The majority of mycelium fabrics are also fully compostable and as Dr Jonathan Schilling, a MycoWorks Scientific Advisory Board member, states: “once a mushroom garment has reached the end of its life, it might be returned to the fungi that created it, in a perfect cycle of recycling” as “some of the fungi can eat themselves; if you give them chunks of another individual fungus in their own species, they’ll eat that material”. In short, mycelium textiles completely remove the need for industrial animal agriculture and the production process fits perfectly with the ethos of the circular economy which, coupled with the versatility of the final materials, in theory make it a perfect solution for a more sustainable fabric.

When we think of fungi, we tend to think of mushrooms, but mushrooms are only the reproductive element of fungi. Most fungi will live most of their lives as mycelium, which is the network of tubular cells that fungi use to feed. Mycelia are vital in terrestrial and aquatic ecosystems for their role in the decomposition of plant material. When they feed, they secrete enzymes onto or into the food source, which breaks down biological polymers into smaller units such as monomers. These are then absorbed into the mycelium by facilitated diffusion and active transport.

Mycelium based fabrics can be constructed with different properties depending on the amount of light, humidity, exchange of gas, temperature and types of food the mycelium is given

The fact that mycelium is fast growing, along with its inherent sustainability and renewability, explains why researchers want to tap into the potential of mycelium, applying it in other contexts, such as construction, biofuel and packaging. Mycelium’s versatility has also intrigued fashion professionals looking for new, sustainable materials to help reduce fashion’s carbon footprint.

So, what makes mycelium an attractive alternative to traditional materials used by the fashion industry? Well, for starters, mycelium based fabrics can be constructed with different properties depending on the amount of light, humidity, exchange of gas, temperature and types of food the mycelium is given. This allows brands to achieve a variety of specific design specifications, including the strength, thickness, weight, shape and drape of garments. Fabrics created from mycelium are also (deep breath): flexible, strong, non-toxic, fire-resistant, naturally antimicrobial (so suitable for sensitive skin), and waterproof (making it suitable for certain sporting and outdoor pieces).

Perhaps the most common mycelium fabric is mycelium leather. One of the companies paving the way for mycelium leather is MycoWorks, who have created Reishi, a premium, natural alternative to leather made from their Fine Mycelium technology. MycoWorks describe Reishi as “the first made-to-order, natural material that compares in quality and performance to the finest animal leathers, with lower environmental impact and an unprecedented freedom to customise”. Due to its premium qualities, their Fine Mycelium was used in a collaboration with Hermès to create Sylvania, another new material using Fine Mycelium as the base, which is then tanned and finished in France by Hermès craftspeople, and is used for a version of the Hermès Victoria bag with brown Sylvania side panels. Another company harnessing the benefits of mycelium leather is Bolt Threads, who created Mylo, describing it as “everything you love about leather, without everything you don’t”. Mylo has been adopted by Adidas to make the Stan Smith Mylo trainers and Stella McCartney to make the Frayme Mylo bag, the first mycelium handbag to walk the runway at their Spring/Summer 2022 show in Paris.

This said, it is true that the technology hasn’t yet been perfected. The mycelium based clothing of today will last just one or two years before it starts to weaken and lose its shape, so there is still a long way to go. There is also still the fact that, although the Western world seems to be having a magic mushroom moment, some amongst us still harbour an inherent distrust of fungi. It’s clear that mushroom design is slowly catching fire, but perhaps it needs more exposure and research before it becomes the norm to see Stephanie from pilates wearing fungus from head-to-toe. 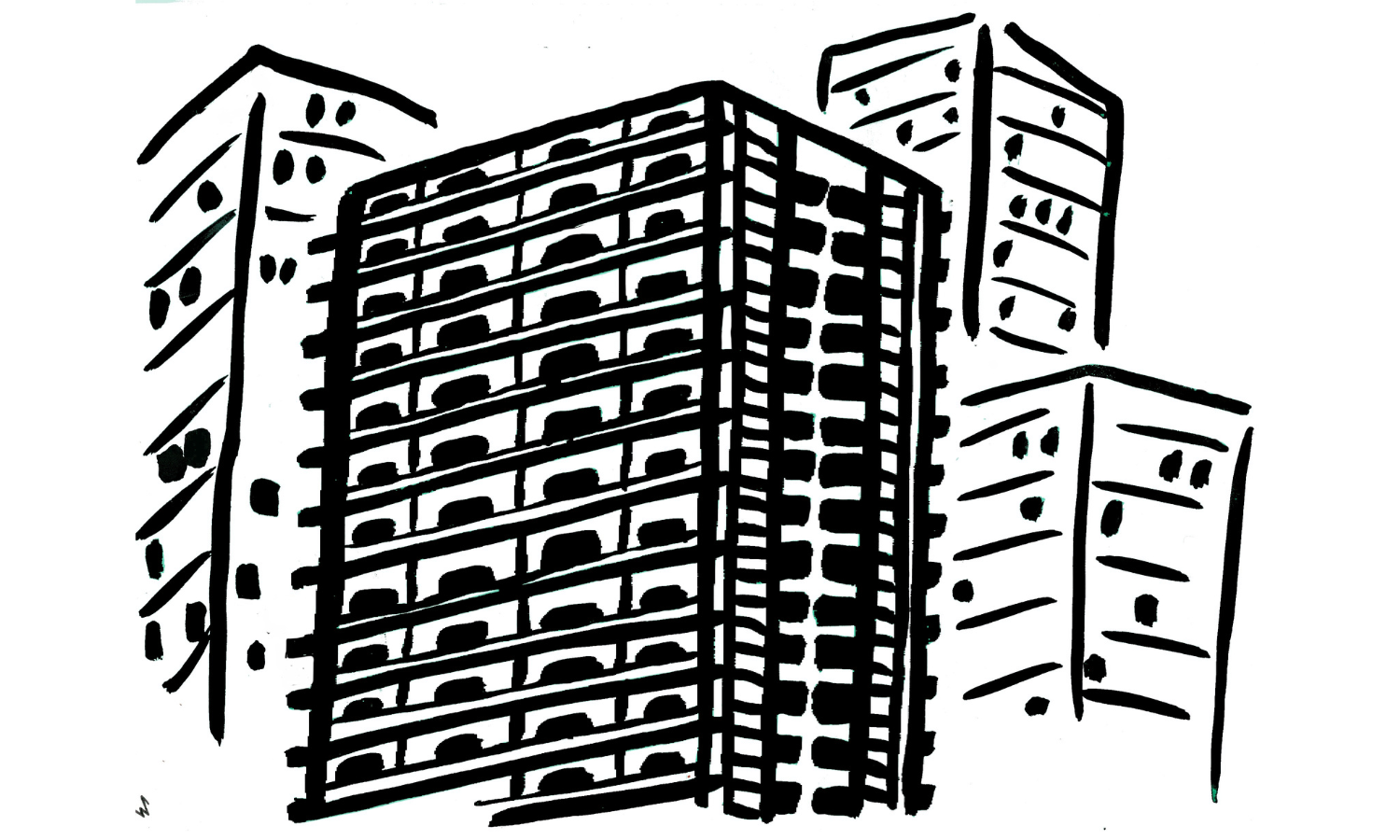 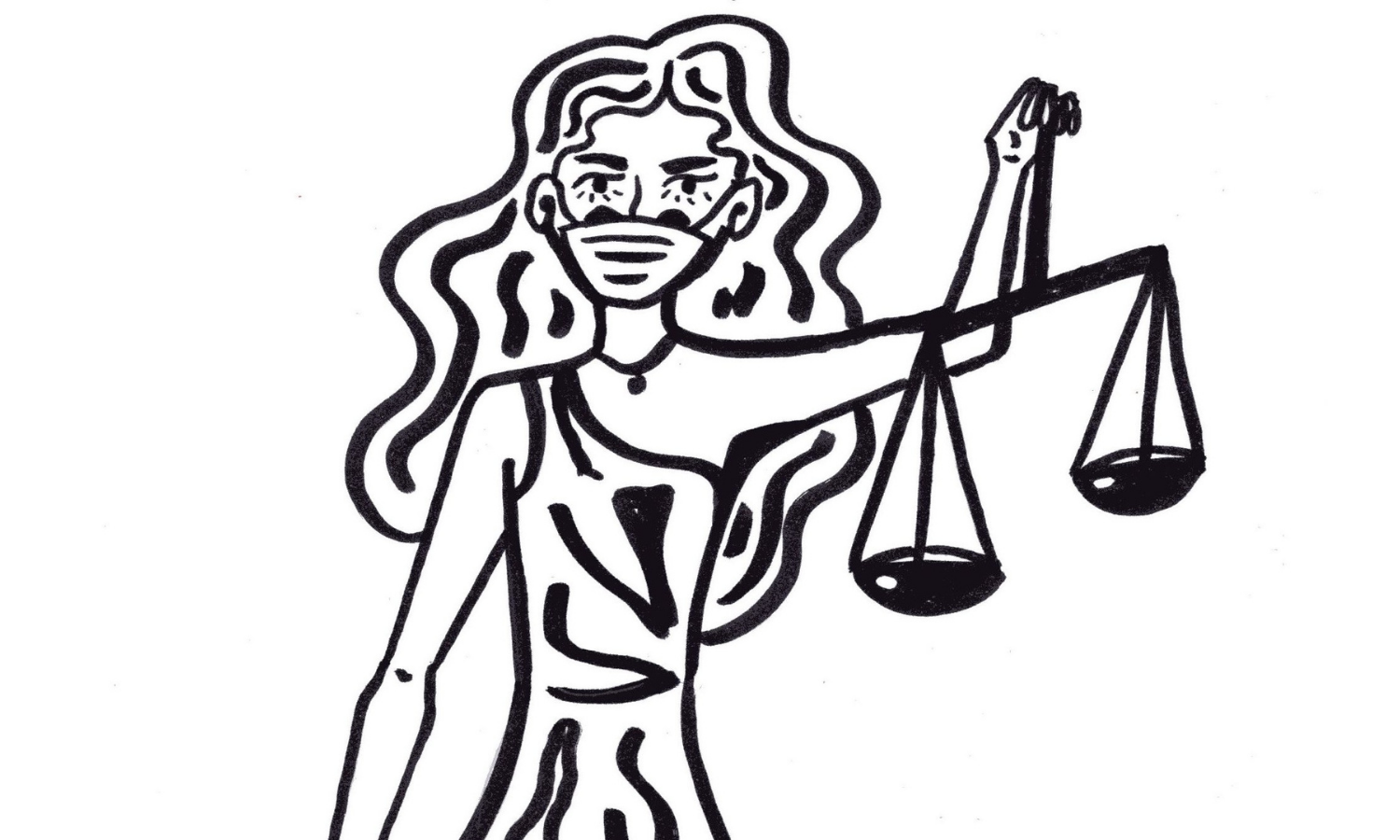 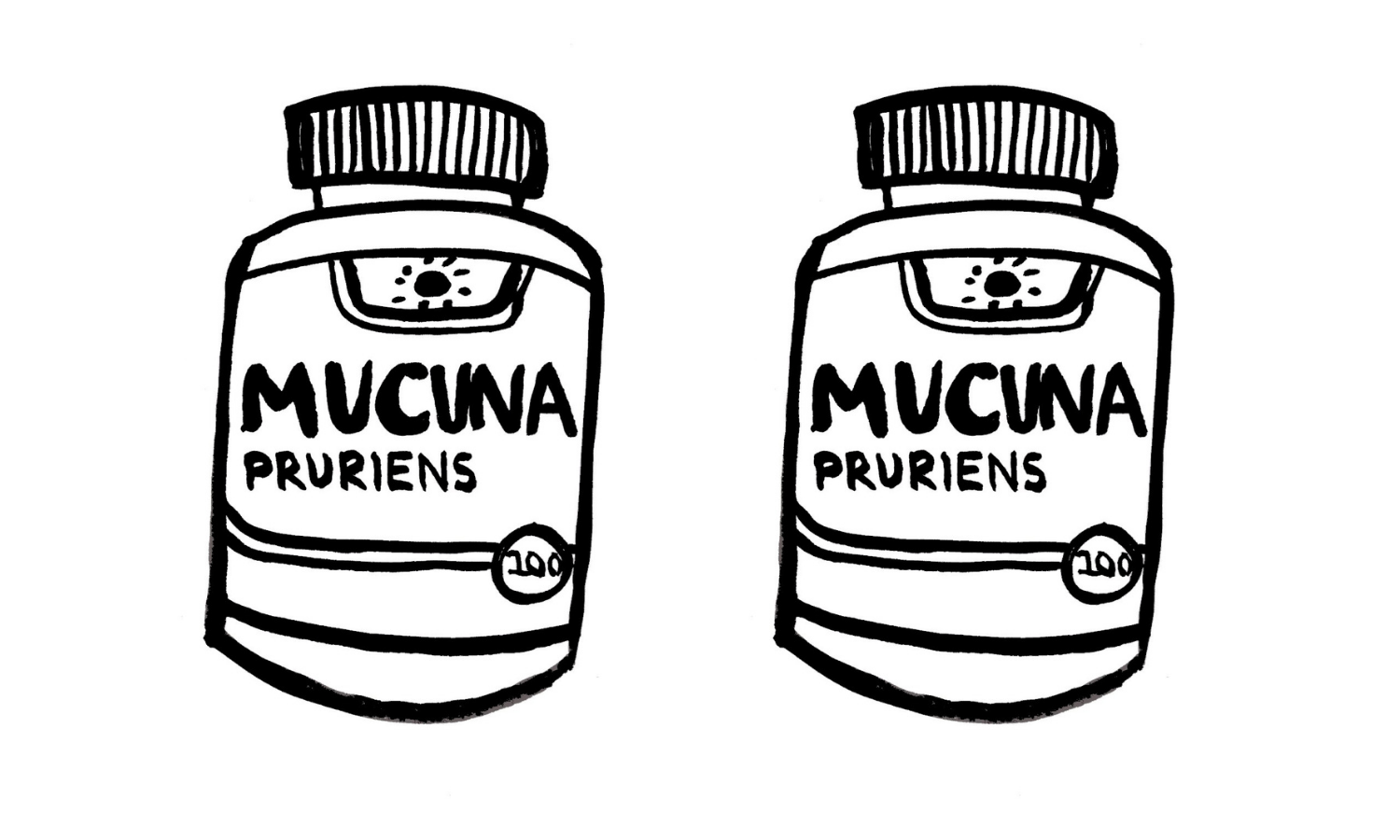