by Isis Menteth Wheelwright on 14 February 2022 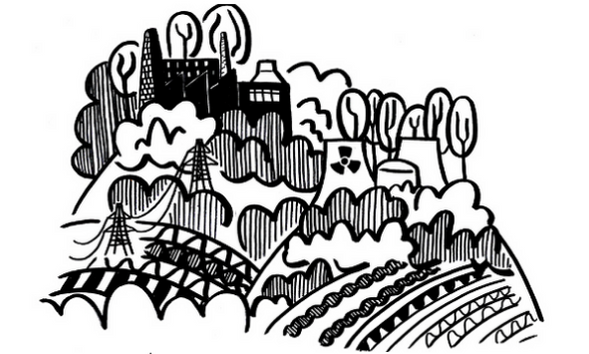 In a posthumous collection, the cultural theorist asks: can a world beyond capitalism incorporate desire?


It’s difficult to review a work that was never finished, or intended to be published. Postcapitalist Desire: The Final Lectures is just that. Released in 2021, four years after the highly influential cultural theorist Mark Fisher’s death, they contain the first five transcripts from his final lecture series to masters students at Goldsmiths University in 2016.

This material was never intended to be released in book form. However, given the phenomenal appetite for Fisher after his death, student Matt Colquhoun took up the task of compiling them (and writing the introduction), as the last remaining crumbs of Fisher’s thoughts. Fisher died during the Christmas break of the course, leaving only a syllabus to indicate the subsequent 10 lectures that were never given. For those who followed his work, they are all that’s left to piece together Fisher’s imagining of what a world beyond capitalism might look like.

Although he was a prolific writer and essayist on his infamous blog K-Punk, Fisher only ever published two books: Capitalist Realism in 2009 and Ghosts of my Life in 2014. Capitalist Realism has been noted as one of the most influential pieces of contemporary analysis of the current era. In Fisher’s words it examines “the widespread sense that not only is capitalism the only viable political and economic system, but also that it is now impossible even to imagine a coherent alternative to it”. In Ghosts of My Life, Fisher turns to hauntology, the idea that we are living in an era where the future is slowly being cancelled and in its place are experiencing a nostalgia for a past we never experienced.

Fisher’s ability to weave in all types of culture to explain his concepts makes his work so striking. Music, film, television and writing all add up to a textured analysis of the landscape we live in. His ability to articulate what has been lost for words in society has continued the pull for many to keep reading his words; these lectures offer a continuation of this.

The lectures are an insight into his teaching style: they include all the awkward interjections, questions and laughter of students – thereby becoming a tactful illustration of ideas in motion, specifically an attempt to resolve “the problem of desire in terms of capital”. Postcapitalist Desire asks the question: is there really a desire for something beyond capitalism?

Colquhoun writes that whilst “nothing is resolved from these five lectures alone, we may nonetheless find ourselves in possession of a new knowledge”. What remains deserves analysis, not only to unravel what Fisher left behind, but to make sense of his ideas in the context of a complicated legacy, overtaken by dissemination into popular culture and online forums.

Fisher’s introduction starts in an unlikely place – the BBC panel show Have I Got News for You, where former Conservative MP Louise Mensch states her disdain at Occupy Wall Street protesters for drinking Starbucks’ coffees and owning iPhones. These facts, she argued, revoked their legitimacy to criticise the capitalist system. Hidden in this sentiment, Fisher notes, is the belief that the protesters “don’t really want what they say they want”, i.e. a world beyond capitalism. Since their lives are the product of capitalist wealth, “they may claim, ethically, that they want to live in a different world; libidinally, (at the level of desire), they are committed to living within the current capitalist world”. This serves as the grounds for anti-capitalism’s failure. Fisher seeks to pull apart this criticism by instead reintroducing the types of desires referenced by Mensch (consumerism, technology and abundance) into a model that is postcapitalist. A world beyond capitalism is often imagined as a pre-industrial landscape, governed by simplicity, piousness and cutting back from the lifestyles we have today. Fisher is asking, what if this doesn’t need to be the case?

Fisher’s use of the concept of accelerationism is a defining feature of his postcapitalism. The term refers to a broad-ranging concept around the movement of capitalism. It is underpinned by the Marxist idea that the antagonisms inherent within the capitalist mode of production will ultimately cause its own destruction. Therefore, instead of slowing down the technological processes that are understood to be detrimental to society, they should instead be accelerated. This splits into two strands of accelerationism, a left and right wing (to put it crudely). The left would utilise technological infrastructure for the benefit of society. The right seeks to accelerate the current system, purely for the destruction of the current order. Examples of right wing accelerationist rhetoric were heard in the 2016 US election, with individuals voting for Trump under the guise that it would bring about transformative change more quickly than voting for Hilary Clinton (because she would bolser the same global system as before).

Accelerationism has had an uncomfortable legacy in the political sphere, especially since Fisher’s death. Nick Land (Fisher’s supervisor at Warwick University and fellow initiator of the Cybernetics Culture Research Unit, where the theory was born) has become a pillar of the ‘dark enlightenment’ associated with the alt-right. Acceleration was most distressingly referenced as one of the “tactics for victory” in mass-murderer Brent Tarrant’s manifesto in New Zealand in 2018. Fisher’s use of the concept, however, should be separated from its nihilistic right-wing counterpart.

Fisher is not concerned with speeding up capitalism, but instead with using accelerationism as a lens through which to “critique the way that things are only getting worse”. It is a response to an era where capitalism’s multiple crises have produced little social transformation (the 2008 financial crash and the pandemic are two examples). Fisher’s acceleration instead reckons with the fact that globalised society cannot retreat from capitalism as it is the “most intense force ever to exist on earth”. As Colquhoun notes: “we have as much chance escaping capitalism as we do crawling back inside our mothers”. Fisher relinquishes the ability to retreat back and instead argues that society must “go all the way through capitalism”. Postcapitalism would be “a victory” harnessing technological pleasures. This ‘movement’, theoretically, sets to break out from the stasis of 21st century political discourse and imagine new ideas that preserve the things that already work. Fisher’s process is therefore one of negotiation with what’s already possible in the world.

Automation and cyber-platforms are examples of technology incorporated into the post-capitalist analysis. Fisher recognises that “scarcity isn’t a problem for capitalism. It’s the maintenance of scarcity that’s the problem for capitalism. The creation of artificial scarcity to conceal abundance”. The issue is not that technologies within a capitalist mode of production have created an abundance of ‘things’, but that their redistribution serves the interests of capital and not society. If complex technologies could be reconstructed into a postcapitalism where abundance was fairly distributed, such infrastructure could be used effectively.

Fisher’s failure to address the ecological destruction caused by automation and technological infrastructure is a major limitation to his accelerationist analysis. Technological advances require energy consumption and the extraction of natural materials. Whilst Fisher recognises that capitalism has spawned abundance, he doesn’t grapple with the fact that this is based on the principle of endless growth, on a planet that cannot sustain it. If Fisher is conceptualising that there is no way to move through capitalism but from inside it, ecological crisis would destroy the planet before postcapitalism could arrive. Desiring for the future must be based on a desire for a stable ecological system.

Central to Fisher’s postcapitalist landscape is a post-work society. From the starting point that work is a repression of individual desires, or “drudgery”, because of its necessity to the individual for survival, “there is an antagonism between civilization and pleasure” he writes. What if people weren’t forced to work to survive? Fisher recognises the shortfall between the increase in productivity and automation under capitalism, and the increase in hours worked and stagnation of wages. Supposing that 47-80% of work could now be automated, he says “technology has produced the conditions for the elimination of scarcity and the removal of drudgery”. Technology has provided the potential for a society with less work, so why are we working more? This, he notes, is a “deliberate strategy at the level of capital and human consciousness, to keep inhibiting and obstructing that possibility”. Fisher points to a reduced working week and Universal Basic Income as postcapitalism’s answer to this. In this scenario, citizens would be compensated with an equal subsistence income, regardless of their work or financial position. Scarcity of resources in this scenario are, to Fisher, not a material problem but a political one. In his opinion, work is not immutable but historically contingent – it can and should be transformed.

Fisher’s idea of a post-work society would also address the issue of unpaid domestic labour. The division between paid wage-labour (the work people do in the workplace that is paid) and unpaid domestic-labour (the work people do in the domestic sphere that is unpaid: chores, childcare and general care) would be dissolved in a system of automation supported by Universal Basic Income. This would create more time for activities of pleasure and self-fulfilment derived from personal want and not financial necessity. This would have radical implications on the nuclear family according to Fisher. The imaginary of the family is so enshrined, society is unable to imagine an alternative, even though, as Fisher points out, the “family” structure does not work for many. A brief experimentation with different ways of living – in communes and socialising childcare – during the 1960s and ‘70s (the anarchist group Big Flame is used as an example) has given way to the family remaining as the normative structure. Fisher recognises domestic realism as “more powerful than capitalist realism in today’s world” and ultimately part of the ideology of capital. While all the implications of Fisher’s analysis are not fully explored, he stalls in response to a question from his student about inflation being an outcome of introducing Universal Basic Income, “God, I don’t know anything about economics really!”. But Fisher is most interested in the theoretical rehabilitation, or relocation, of desires beyond work rather than in modelling alternatives.

Fisher articulates unseen malaise and traverses “capitalism’s weird and eerie zones”, as Matt Colquhoun puts it. In the wake of his death, attention was turned to the unfinished Acid Communism manuscript proposal. It has in it’s unfinished manuscript an appeal for “a new humanity, a new seeing, a new thinking, a new loving”.

In Postcapitalist Desire it becomes clear that Fisher was designing a way out. He makes an appeal to utopian thinking on the basis that technology, counterculture, class solidarity and post-work could be emancipatory. The lectures are a starting point for conceptualising a new world: a postcapitalist world that includes abundance, freedom and desire. This analysis is refreshing due its counter narrative of capitalism’s monopoly on consumer desire. Fisher’s final post on his iconic blog K-Punk ends fittingly: “from anger and sadness to collective joy…from work that never ends to endless free time”.

In an era of societal, political and ecological breakdown, four years on from the lectures, postcapitalism feels further away from reality than ever. It feels (to paraphrase Fisher) harder than ever to imagine a utopian future. His lectures, in this sense, create the space to imagine a world beyond what is here. Their unfinished nature demand that his contemporaries continue this work, and break from the glue that binds us in our current state.