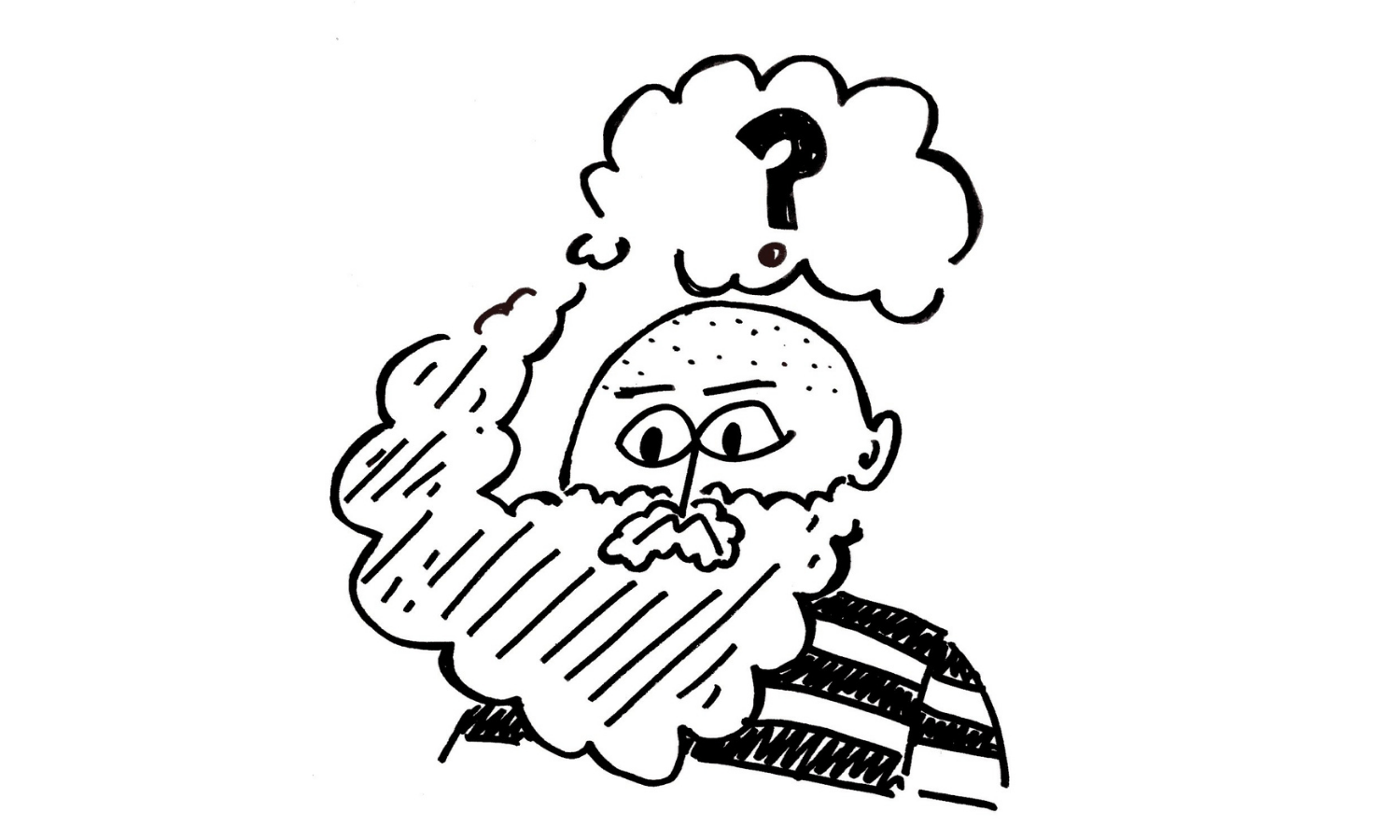 When the May ‘68 wave hit France for a second time - 50 years on - the power of literature catalysed a roaring national debate on sexual consent.


This story starts in Paris, in May 1968. Students from Nanterre university (near Paris) and the Sorbonne are walking down the streets. They are fighting against the authoritarian rule of the Fifth Republic; its values and its moral dogmas. The post-war society of the ‘Glorious Thirty’ (1945-75), characterised by rampant consumerism and a development of the service sector (waitresses, shop assistants etc.), was becoming intolerable for many people. “Metro, boulot, dodo” (Metro, work, sleep), they are screaming. Sick of wasting life trying to earn it, sick of the television being controlled by the presidency, sick of the repression of female sexuality, sick of being told what to do and when. “It is forbidden to forbid”, they are screaming. Soon, they are joined by many workers on strike. The country is paralysed. The capital is on fire: this is the price the strikers pay for the right to autonomy and the freedom to think and say whatever you want. 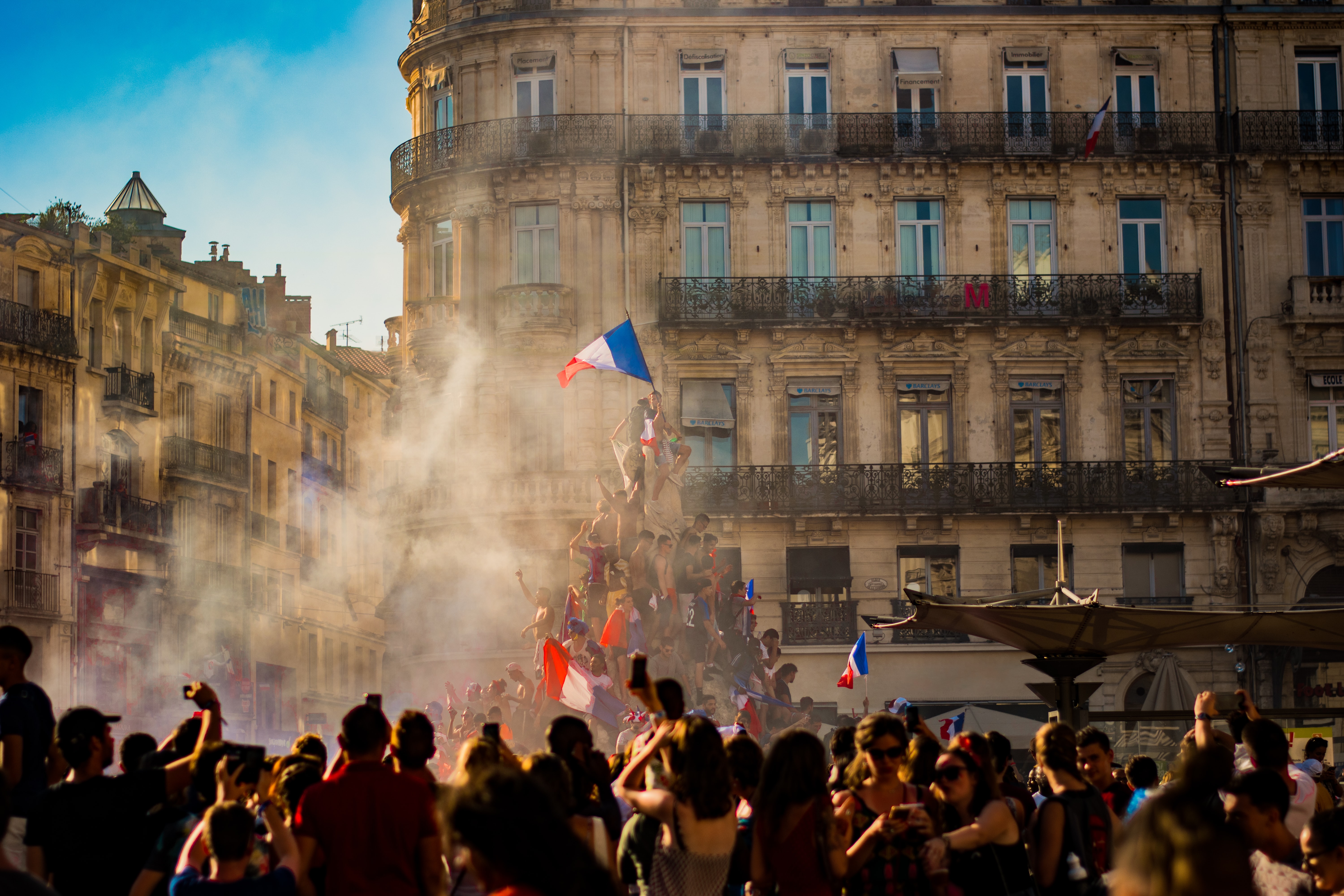 This wave of emancipation and modernisation is a turning point in French history. It marks the boundary between post-war society and the new, modern society. People fighting for freedom and autonomy: what is wrong with that? Nothing, I thought. Except my high school history books forgot to mention a few darker repercussions that this wave had. Some 50 years later, certain side effects of the ‘progressive’ movement are coming to light…

In January 2020, Vanessa Springora published a book, Consent: A Memoir, in which she testifies about her relationship during the 80s with a popular writer of the time, Gabriel Matzneff. She originally meets him at a dinner that she is dragged to by her mother, who was a publisher separated from her husband and who had been eighteen in May ‘68 - a pure product of the 60s’ social revolution. 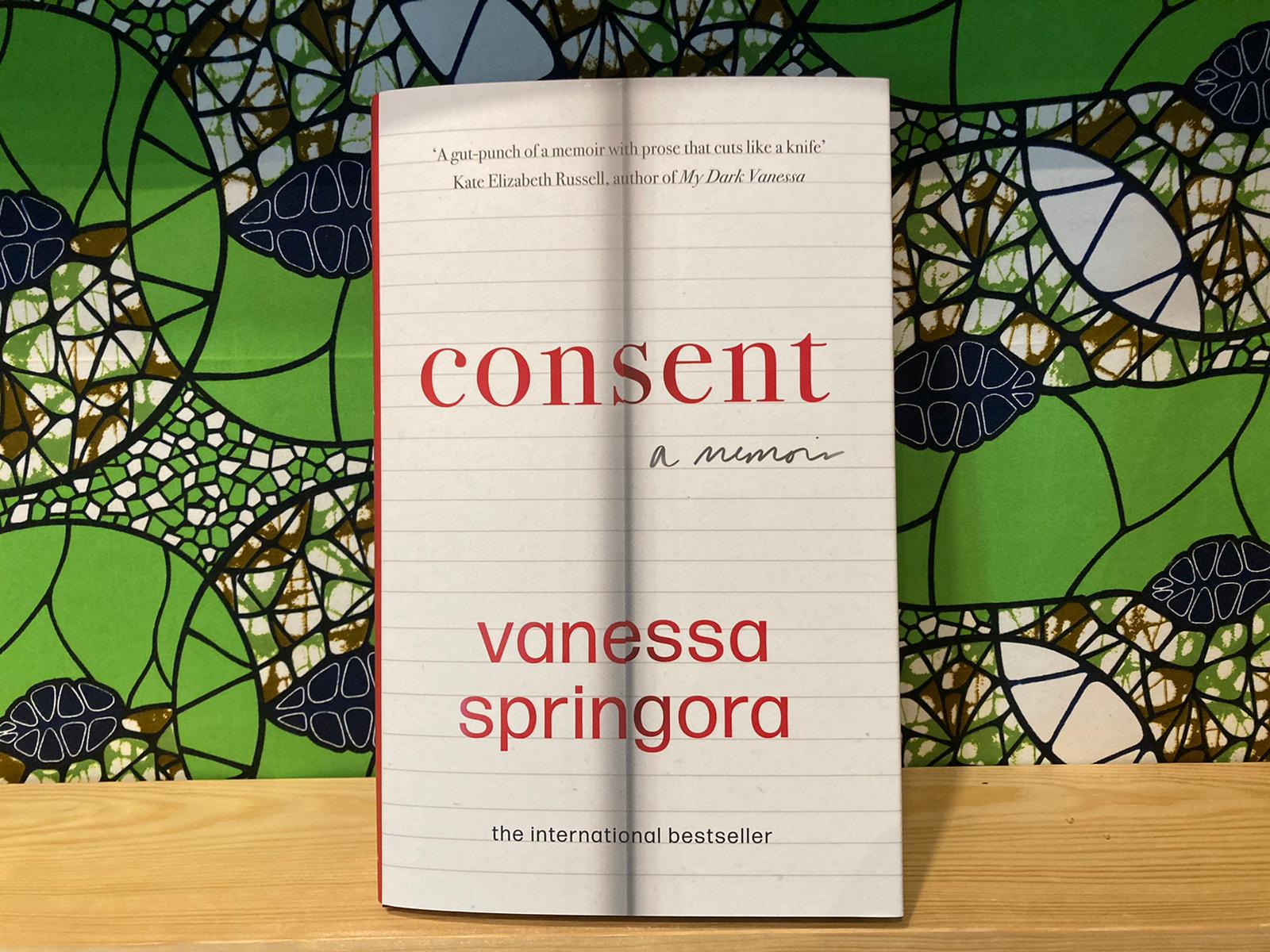 How can I admit I have been sexually abused when I cannot deny I felt pleasure and was willing to engage in the sexual relations?

As Springora leaves the table to read her book, she can’t help noticing the older writer, Matzneff, eyeing her up intently. For the young girl, who was deprived of a father figure, this sudden masculine attention is rather overwhelming. It only takes the author a couple of accidentally-on-purpose rendez-vous in Springora’s neighbourhood - plus a few letters written in turquoise ink - for him to seduce her and invite her “for tea at mine”. In this humble apartment crammed with books, a passionate love affair and sexual relationship begin between the fourteen year old and the writer, who is thirty-four years older. 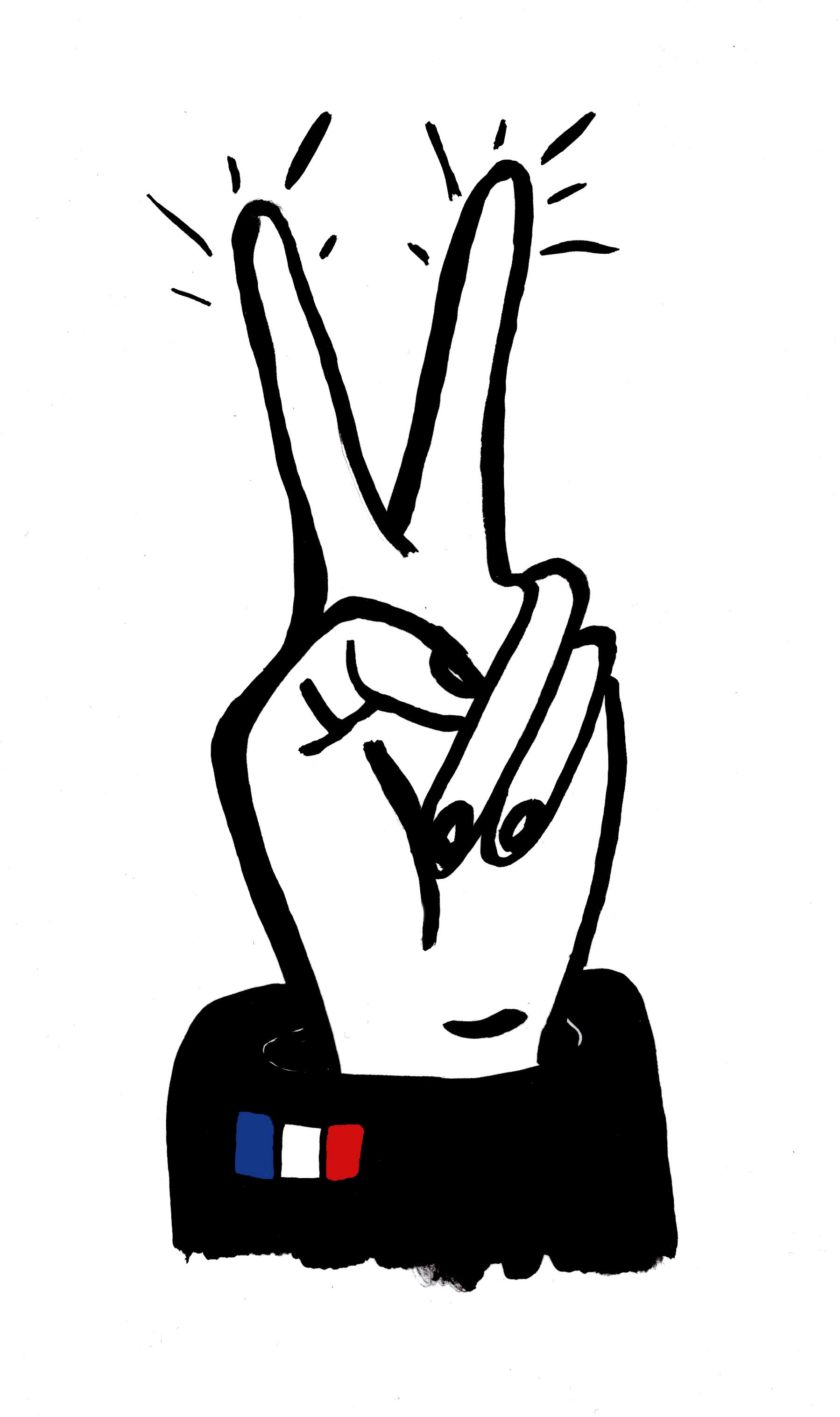 The age of consent

This is where the complexity of ‘consent’ arises. “How can I admit I have been sexually abused when I cannot deny I felt pleasure and was willing to engage in the sexual relations?”, asks Springora. Her book precipitated the French debate around sexual abuse by introducing the notion of manipulation. Can a fourteen year old decide by themselves whether or not they are willing to engage in sexual intercourse? Can they recognise a dangerous situation? At that age, Springora notices that her school friends aren’t having sexual intercourse after school. But she is proud of her abnormality and makes it the core of her identity.

By posing questions around the notion of consent, Springora alerts us to the dangers of the ideology stemming from an era that failed to protect its children, dressed up in the virtuous names of independence and liberty. She explains how her mother, although upset by her choice of lover, refused to do anything, as she held her completely responsible and free to sleep with whomsoever she wanted. Springora explains how it was a gynecologist who ruptured her hymen at her request, so that she could have pain-free sexual intercourse with the writer; how the psychologist she had to see during a stay at a hospital brushed the topic of her relationship aside, by saying “rheumatism aren’t really your age”; how, when she went for help to one of her mother’s best friends, whom she saw as a paternal figure, she was told to tolerate her lover’s infidelities and sacrifice herself for his art. So many people around her knew what was going on. No one did anything about it. Not even her own parents.

“How do you do it [sleep with children]?”

A clip of Matzneff on the set of the most important literary TV programme of the time, Apostrophe, a veritable institution, shows the pope of French contemporary literature, Bernard Pivot, reading extracts of the author’s book out loud, in which he boasts about his numerous conquests. This sequence is shocking because everybody laughs with Pivot when he asks “how do you do it?” with a touch of admiration in his voice. Matzneff wrote over 30 books narrating his sexual relationships with children, but was still unequivocally revered. In the world of Parisian left-wing intellectuals and artists, the call of moral and physical freedom ironically liberated individuals from making pragmatic judgements, which blinded them to the abuse that young children thus suffered, and meant that adults responsible failed to protect them.

A year later in January 2021, another book shocked French readers and had a considerable influence on the national debate about the age of consent. It was La familia grande by Camille Kouchner. Like Springora, Kouchner was educated as a May-’68-baby, by a mother fed by Beauvoir’s feminist ideas, who taught her to laugh in the face of political and moral conventions and to have the courage to think for herself rather than accept opinions forced upon her by society. When her mother’s boyfriend, Olivier Duhamel, moves into the family home, he illuminates the entire place: Kouchner loves him. “My step-dad organised my happiness, taught me how to breathe”, she writes. Like her mum, he teaches her the ideals of independence and freedom. Every summer, he takes his family and a group of left-wing Parisian intellectual friends to his house in Sanary, a village in the South of France. Academics, philosophers, sociologists, politicians… they made up their familia grande: the crème de la crème of the French bourgeoisie.

Amidst the smell of thyme and the songs of the cicada, something feels ever so slightly wrong.

Sanary: where underwear is laughed at

By day, the adults teach the kids to justify their ideas, strengthen their arguments and participate in socio-political debates around the table. At night, they encourage them to kiss each other and discover their bodies. Amidst a world of intellectual stimulation and empowerment of the children, Kouchner describes a sexual atmosphere, where the adults comment on the kids bodies by the pool and force them to take their bikini tops off, all in the name of physical emancipation. This place, Sanary, is a world where your body doesn’t belong to you, and nudity is nothing to be ashamed of. Underwear is laughed at and photos of naked kids and guests are spread all around the house. Yet amidst the smell of thyme and the songs of the cicada, something feels ever so slightly wrong.

Just as in the case of Springora, Kouchner's mother refuses to take the side of her abused child.

At fourteen years old, Kouchner’s twin brother, Victor (the name has been changed) confides in his sister that their step-dad comes into his room at night to do things to him. “If you speak, I die,” he tells her. At first, she doesn’t realise the weight of the secret. But, as the years go by, the “Hydra” as she calls it, spreads its venom inside her, wreaking havoc on her wellbeing. In 2008, some twenty years later, Victor finally agrees to tell his mother. As in the case of Springora, she refuses to take the side of her abused child. She explains that he must have been over fifteen at the time (which is, in fact, wrong), that her husband didn’t actually rape him, that he is terribly embarrassed about it today and feels sorry… As for Camille, she accuses her of staying silent all those years and not telling her anything. Hence, La familia grande is the story of the upheaval of a family, in both the private and public sense of the term. Indeed, as the book came out, it turns out over 50 other individuals from their intellectual bubble knew about this. And here again, just as experienced by Springora, no one said or did anything.

“Incest is everywhere and has no political colours”

When asked in an interview with L’Obs magazine if her book is a criticism of the dangers of the extremism of May ‘68 ideology, Kouchner answered, “No, that would be way too easy. Incest is everywhere and has no political colours. The real question is ‘how could it have happened?’ Because we had, as children, an infinite admiration and love for an adult. That is the mechanism of domination.” Domination, manipulation: they finally appear antithetic to consent in the French debate.

When literature changes the law

Kouchner’s book widened the discussion on sexual consent from its origins in the #MeToo movement to tackle familial relations. The phenomenon has revealed that one in ten people in France have suffered sexual violence or rape during their childhood (the average age being just nine years old), and 80% of these assaults happen within the family. The impact of Springora’s and Kouchner’s books has even led to a change in law. Now no one under the age of fifteen can be considered as consenting to sexual relations with an adult. An age of sexual consent has been set. The road to justice is still long, though. Since 2018, the law has allowed a victim to lodge a complaint thirty years after reaching the age of consent, or 48 years old. However, at the time of the crime, the prescription period was just twenty years. Kouchner’s brother only had until 2004 to seek legal justice. Olivier Duhamel can no longer be legally judged for his actions. Hence, justice seems a long way off and many victim organisations are lobbying towards the end of a prescription period.

These two books have proved the strength of the French media as a debating arena.

Consent: A Memoir and La familia grande are both emotionally and sociologically powerful books. They have dramatically improved my understanding of the ideological origins of the society that I, as a French person, belong to - and of the state it’s in today.

The publication of Springora and Kouchner’s books also proved the strength of the French media as a debating arena. Would those books have had such repercussions without the analysis of many papers, talk-shows and literary TV programmes? I think not, and salute the right tone found by many journalists and analysts in explaining such complex notions as ‘consent’ and ‘incest’.