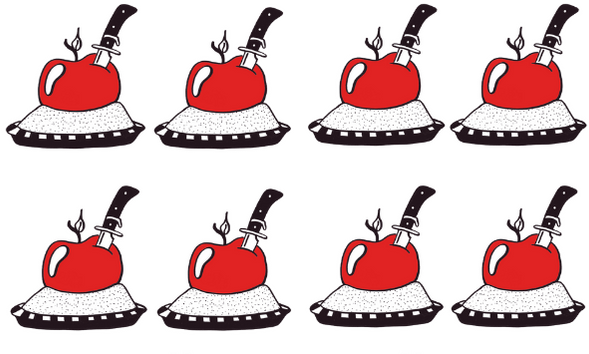 In this chaotic microcosm, violence feeds upon itself in a repulsive yet compelling manner


Relentlessly dragging the reader on the trail of a mysterious murder, Fernanda Melchor’s Hurricane Season, expertly translated by Sophie Hughes, is a polyphonic work of literary originality inspired by the forced disappearances and femicides that have plagued Melchor’s native Veracruz, Mexico. With stunningly original ‘nightmarish realism’ in the form of (semi) true crime, the reader’s gaze, as if under a spell, is fixed on the horrific reality of these crimes and the “terrible beauty” that is born when cycles of misogyny, violence and poverty collide.

The book opens with a passage of haunting and magnetic lyricism that sets the tone for the rest of this desolating novel. In a single-page chapter, reminiscent of a scene imagined in Lord of the Flies, a “troop” of five idle boys “with slingshots drawn for battle”, venture towards the local irrigation canal. Under an “almost white sky thick with ethereal birds of prey”, they crawl, “all five of them packed together in a single body, all five of them surrounded by blow flies”, until they see “peeping out from the yellow foam on the water’s surface” a rotting corpse, “the dark mask seething under a myriad of black snakes, smiling”.

It is the plural voice of everyone _but_ the discovered corpse, or the person they called the Witch

As this chilling image lingers, the second chapter starts and a voice begins talking: one that will become all too familiar yet simultaneously distant. It is the plural voice of everyone but the discovered corpse, or the person “they called the Witch”. Like the rumours that rapidly cycle around the small village of La Matosa, these fluidly morphing voices relay the story of the Witch’s life and the grotesque superstitions surrounding her that captured people’s imaginations like a fever dream. Framed by a haunting tone and the claustrophobic poverty of the setting, these rumours capture the fantastical illusions enchanting the small-town residents. Yet within the furore, the voices of those who came closer to the Witch seamlessly cut through to the reader. What emerges is a portrayal of a woman who not only struggled against poverty on her own, but who also helped countless other women with their own troubles. All this in a village where violence and misogyny spin in unison, leaving destruction in their wake. 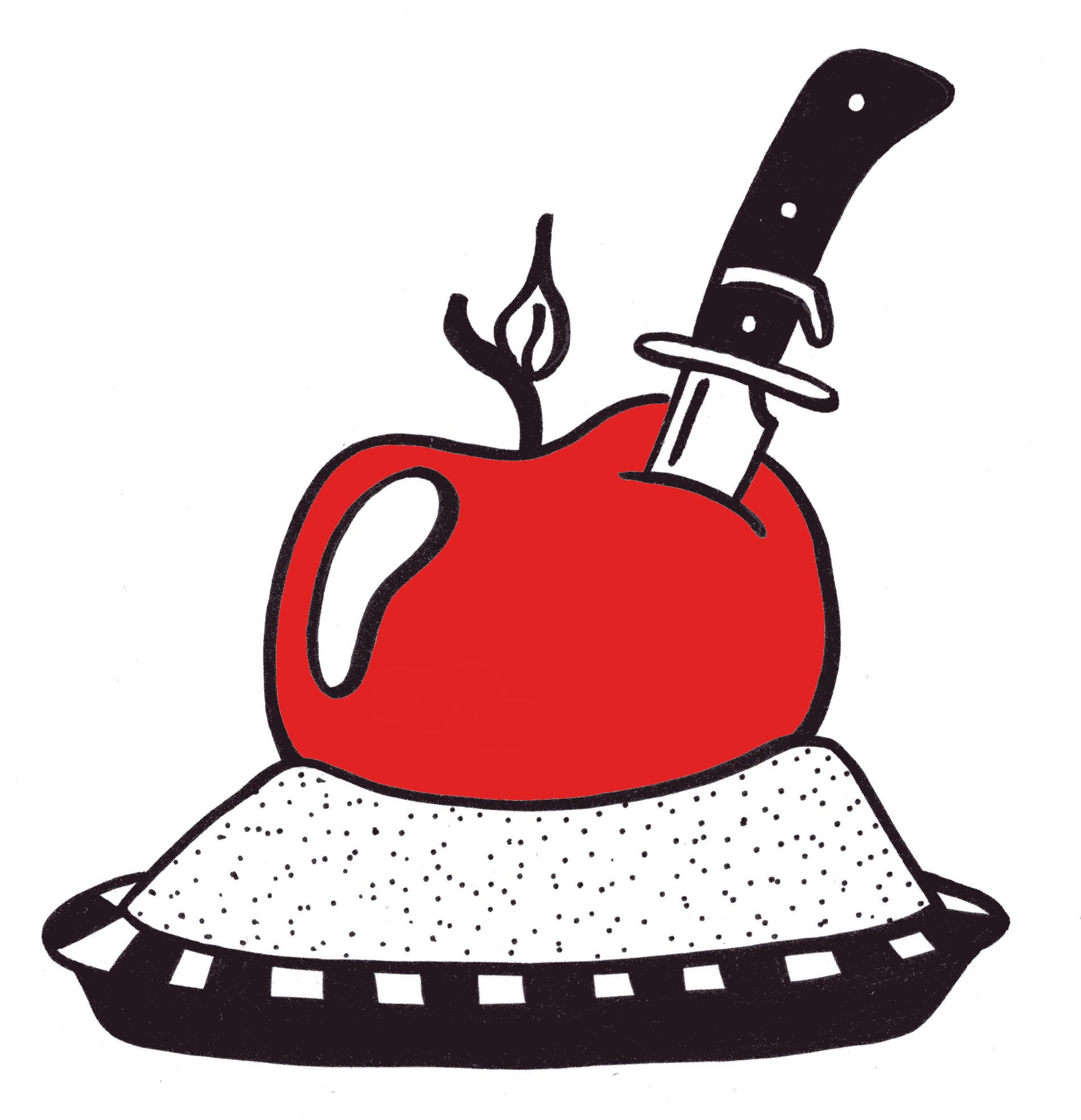 The violent and dangerous reality of this small village fuelled by a poisonous blend of mythology and isolation reflects Melchor’s desire to “portray what can happen in a really small place, totally forgotten by the state and by society”. In this chaotic microcosm, violence feeds upon itself in a repulsive yet compelling manner, symbolised by the supernatural motifs that linger just like the Witch’s death mask throughout the novel. There is the plate of sea salt with the “red apple struck all the way through with a fillet knife, and next to it a white carnation” that sits on the Witch’s kitchen table, which as it withers and shrivels comes to symbolise the “negative energy” seen and brought into the house by those who demand magic and help from the Witch. Mirroring the beautiful language that Melchor employs to depict the violence that haunts La Matosa, these images stay with the reader, allowing no escape from the horror. This bewitching contradiction is uniquely captured in the epigraph taken from W.B. Yeats’ poem, ‘Easter, 1916’:

He, too, has resigned his part

In the casual comedy;

He, too, has been changed in his turn,

A terrible beauty is born

Although Ireland’s resistance to English colonial oppression would seem an unlikely comparison, this reflection on the transformative power of death and violence on even the most ill-perceived person provides a tragic counterpoint to the memory that is left behind of the Witch - a victim who was only granted peace and salvation in death.

Inspired by reports of violence in regional newspapers of Veracruz, specifically the strange report of a crime motivated by witchcraft, Melchor initially wanted to go to the scene of the crime and interview people.

Fittingly, the second epigraph is taken from Jorge Ibargüengoitia’s The Dead Girls: “Some of the events described here are real. All of the characters are invented”. Inspired by reports of violence in regional newspapers of Veracruz, specifically the strange report of a crime motivated by witchcraft, Melchor initially wanted to go to the scene of the crime and interview people, just like Truman Capote did for In Cold Blood. However, deterred by the danger of snooping around an area with narcos’ hideouts, she decided to “do something just as interesting through fiction, by inventing the inner life of those people who participated in the crime”. Like the throng of rumours that recount the Witch’s life in the second chapter, the rest of the book is composed of a multitude of voices belonging to various people linked with the murder, though excluding the actual killer. Hughes’ rendition of a broad array of tones into English is remarkable in its effortless balance between retaining the idiosyncrasy of each voice and reconstructing their intimate thoughts into language that is so seamlessly familiar. Its force irresistibly pulls us into a strange and remote place.

Perhaps even more impressive is the reproduction of swearing throughout the novel...

Perhaps even more impressive is the reproduction of swearing throughout the novel - a challenge for any translator to effectively recreate something so firmly rooted in its source culture - but to tackle the sheer variety that pepper this novel like debris is an admirable achievement. The interplay of violent language and intimate thought is at its most poignant when we are reading from the perspective of the repressed and conflicted Brando, an accomplice in the crime. We are immersed in the violent and misogynistic language that hangs so heavily both around his friends and inside his head as he grapples with the contradiction he feels between being attracted to his friend, Luisimi, and wanting to hurt him for making him feel that way. From the violent masochism that characterises a great deal of the language and actions of men throughout the novel, to some of the more horrifying stories of abuse, like the teenage Norma who has run away from home pregnant with her step-father’s baby; Hurricane Season doesn’t hold back. It may upset some readers, but equally, it’s this unfiltered fictional reporting that spotlights such a devastating yet vital topic.

When the climax is eventually reached and the chaos subsides just like the hurricanes that desecrate the local area, two concise chapters calmly bring into focus the tragedy at the heart of this nightmarish novel.

With so many distractions in contemporary life, Melchor wanted to write a “a novel that the reader just couldn’t let go”. With the thoughts of each tortured character swirling and clashing together at breakneck speed, as a growing crescendo of chapters (each one longer than the last) hurtles round and ever closer to the heart of the brutal murder, the reader has no choice but to hold on. When the climax is eventually reached and the chaos subsides just like the hurricanes that desecrate the local area, two concise chapters calmly bring into focus the tragedy at the heart of this nightmarish novel. From the final hearsay whisperings of what really happened to the Witch and to those who sought her rumoured treasure, we catch the rumours that keep women sitting “around telling stories with one eye on the sky, looking out for that strange white bird… that seems to want to tell them something”. After all, in this forgotten place where nightmares come true, “they say the heat’s driven the locals crazy… that the hurricane season’s coming hard, that it must be bad vibes, jinxes, causing all that bleakness: decapitated bodies, maimed bodies, rolled-up, bagged-up bodies dumped on the roadside or in hastily dug graves on the outskirts of town”. These rumours and superstitions are then brought a little closer to the grim reality which they both create and are created by, in a graveyard tended by a gravedigger who receives a selection of corpses to bury, all in an array of unsettling states. Like the women who will tell the children to “respect the dead silence of” the Witch’s house, “the pain of the miserable souls who once lived there”, the gravedigger offers at least a little peace and respect to those who have suffered so cruelly by gently talking to them as he prepares them for burial. “You had to reassure them first, make them see there was no reason to be afraid, that life’s suffering was over now and the darkness would soon fade.”

Melchor sheds light on a darkness where too many tormented and violated people have disappeared and been forgotten, granting them the respect denied to them by the state that allows this crisis to continue. Harnessing the terrible beauty born from such tragedy, she creates a haunting work of literary art that compels with the same force as Bolaño’s 2666 or Marlon James’s A Brief History of Seven Killings, and employs dark murder mystery with the same subversive originality as Olga Tocarczuk’s Drive Your Plow Over the Fields of The Dead. Like Claudia Hernández’s Slash and Burn, this book casts a profound look on ordinary women reckoning with extraordinary hardship; an important chronicle and work of art that isn’t for the faint-hearted, this book will linger and leave a mark that refuses to go away, forbidding the disappearance of the forgotten.

Sean McDonagh is a literary translator and publishing professional from Birmingham who lives in London. He translates from Italian and has published forthcoming translations on Asymptote and Translators Aloud. He is a member of the committee for the Emerging Translator’s Network. (seanmcdonaghtranslator.com)