Revolting Women & the Paradox of Fear 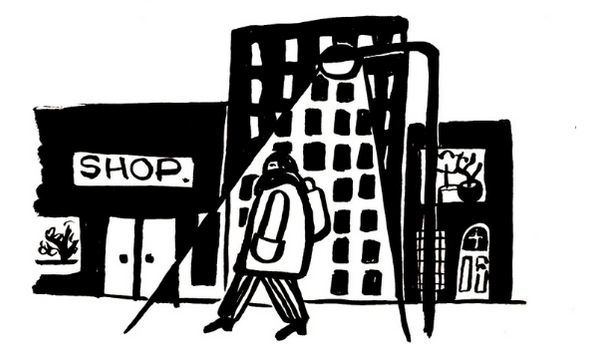 
For women in the UK, taking up space in a manmade world is becoming more, not less, precarious. The new Police, Crime, Sentencing and Courts Bill is threatening, amongst many other freedoms, the right to protest. Cases of violence against women are on the rise and authorities have been espousing advice on how to “avoid” rape. This victim-blaming narrative has left many feeling powerless. Published in 2019 under the original title Feminist City: A Field Guide, later using the subittle “Claiming Space in a Man-Made World”, American academic Leslie Kern’s most recent book is one for our times.

Throughout the book, Kern is highly aware of her potential blindspots writing as a white, cis-gender, middle-class woman living in the global north (her website states that she aims “to create a space that is LGBTQIAA2S-friendly, anti-racist, anti-ableist, and anti-colonial”). It is incredibly refreshing to read an author (particularly an academic) who writes with such self-awareness. Kern encourages questioning and further exploration of the ideas raised. Such writing is a very necessary step towards intersectionality, particularly in academia. Kern reflects on her own experiences and privileges as a woman in the city, widening our view of what it means to take up space in an urban setting.

Feminist City is filled with nostalgic, inspiring stories – plus the occasional wince-worthy one. While her more celebratory tales of motherhood and friendship are gratifying, the two stand-out chapters of this book for city-dwelling women in 2022 are “City of Protest” and “City of Fear”.

In “City of Protest”, Kern tells stories of attending unsanctioned protests to learn how to be “dragged off the street by police safely and without risking a charge of resisting arrest”. Ultimately, the audacious protesters of her story go unharmed; they were lifted away from their protest by “calm” police officers and arrested without being physically detained. With hindsight, Kern sees this nonchalant approach to arrest as a privilege. There are many in society who cannot risk arrest; ex-offenders, undocumented migrants, carers, cannot use protest with the same indifference. Their livelihoods, families and homes may come under threat – not so for a middle-class hippie. Yet it’s some of those groups to whom arrest poses the greatest threat that need this form of empowerment the most.

Kern outlines the convenience of cities for protests. She references areas where resistance is “not only in their blood, but also in the bricks and mortar of their communities”. She points to New York City’s Tompkins Square, where the Occupy movement began.

This alludes to, but ultimately ignores, those in rural communities isolated from cities for whom the privilege of taking part in protest is often out of reach. Even if you live in a city, if it’s not the country’s capital then you are likely to be far removed from the highest profile activism. However, Kern’s ability to encompass the experiences of so many different groups and their experiences in urban environments need not be overshadowed by this.

“City of Fear” explores both the explicit and implicit fears of those presenting as female in the city. Kern asks and answers important questions such as: why is it that women are the ones to fear being alone in the city, when men are more at risk of being the victim of crimes in public spaces? She conscientiously compares the public and private sphere and her academic background is evident from her in-depth analysis of this and the other breadth of topics she explores.

It is “the cost” of all this fear that Kern so articulately narrates – and that will bitterly resonate with so many readers. Yet stories of resistance and progress from around the world in other chapters will inspire and provide readers with hope and motivation. Feminist City has the potential to empower women at a time when we may feel more dejected and vulnerable than ever before in this century.