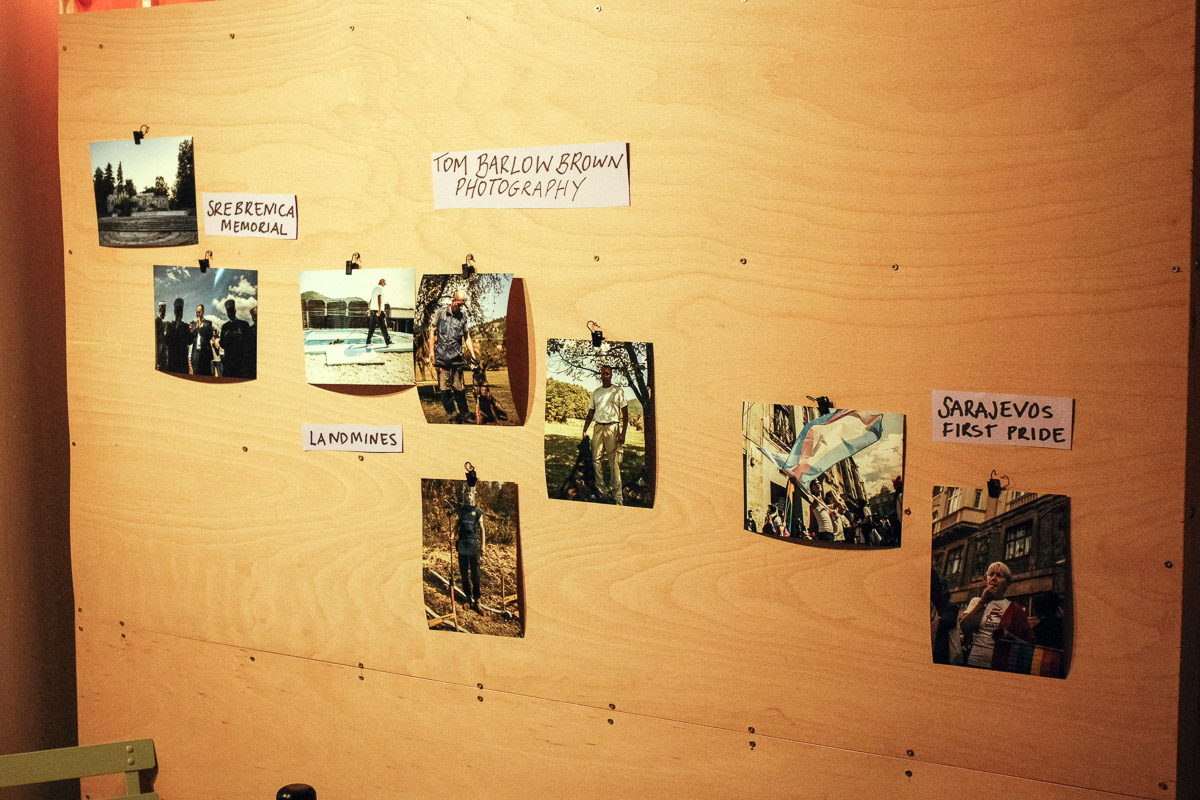 
On the 18th July, we hosted ‘Balkans > Burek > Booze > Books’ at Morocco Bound: an afternoon reflecting on the future of the region through a celebration of Balkan culture, music, literature, and food. 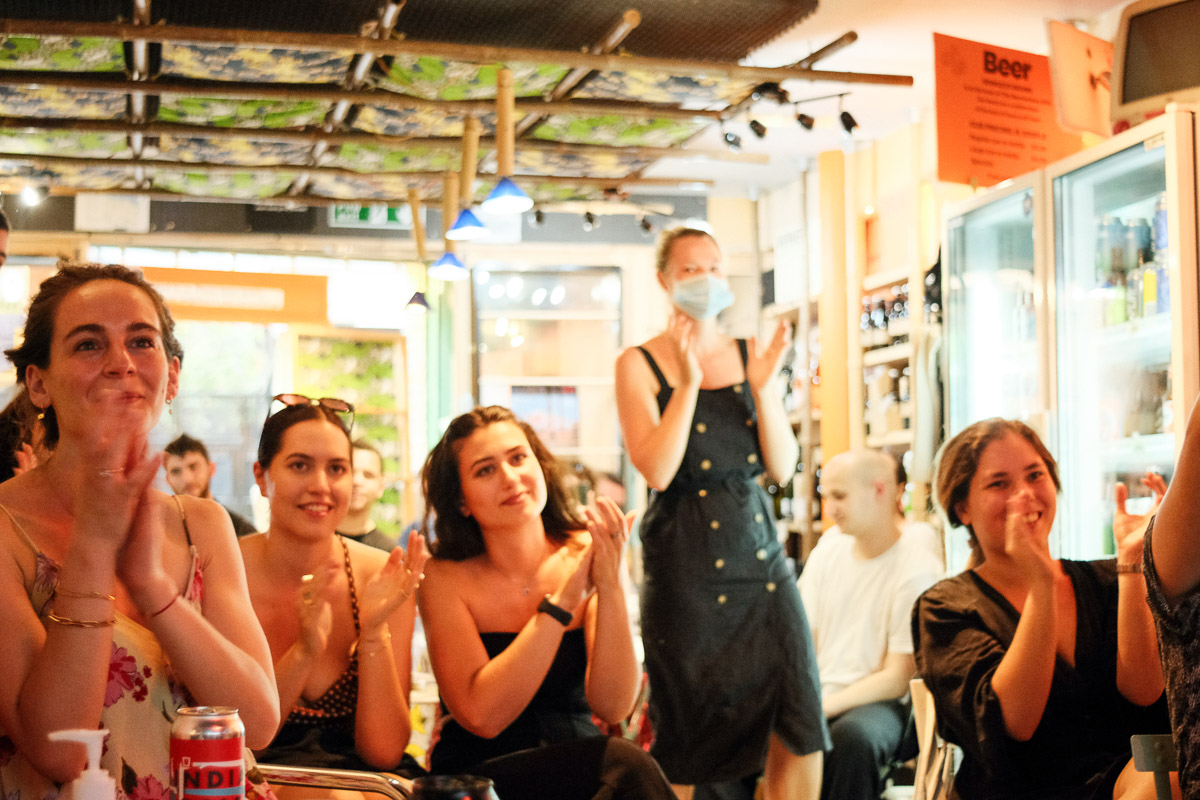 The Balkans is a geographical location in Southeast Europe, made up of Albania, Bosnia and Herzegovina, Bulgaria, Kosovo, Montenegro, North Macedonia, Croatia, Greece, Romania, Serbia, Slovenia and Turkey. Despite the 32 degree heat and restrictions on how many people can attend, Morocco Bound was filled with a diverse group of individuals. UK Balkan diaspora and beyond came together to engage in a diverse range of themes, discussions, and experiences. At the end of the event, all participants were asked to write down what they hope to see for the future of the region. 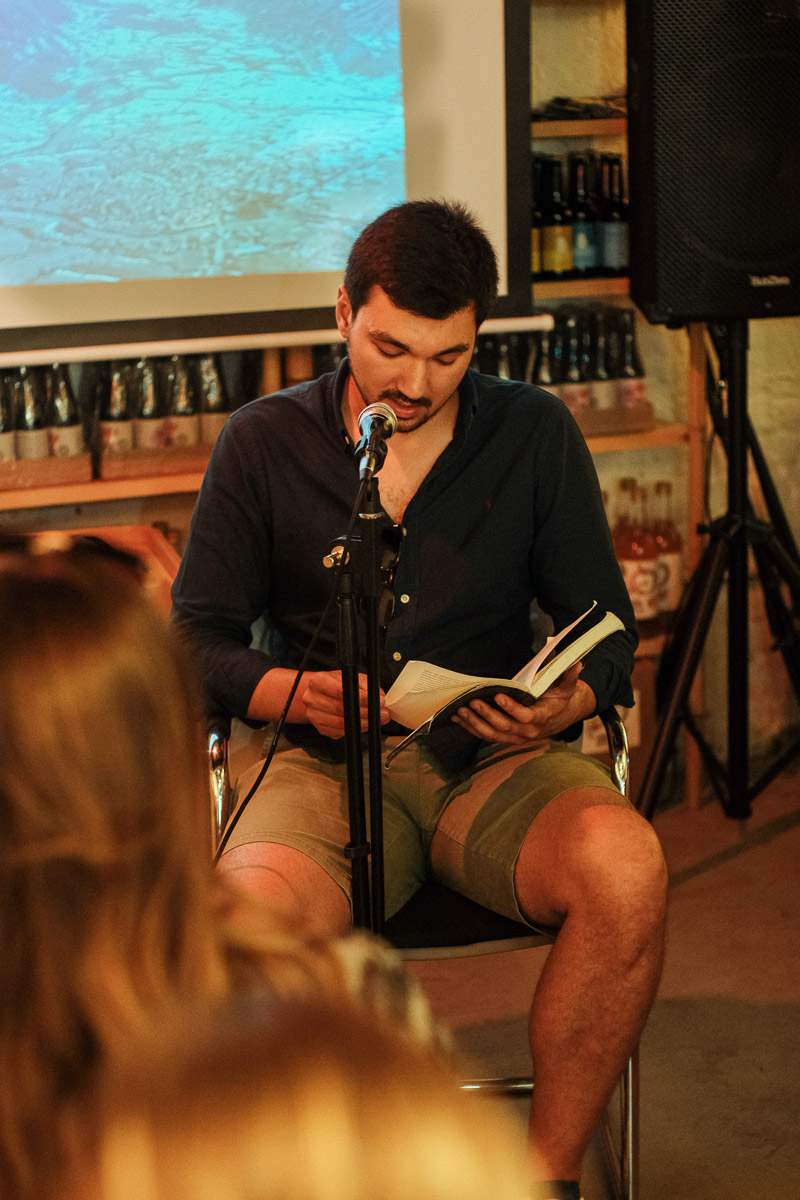 Here we will share the comments by attendees and reshare the ideas of the speakers, to reflect on the main points drawn from the afternoon and bring together a unified vision for the future progression of the Balkans. 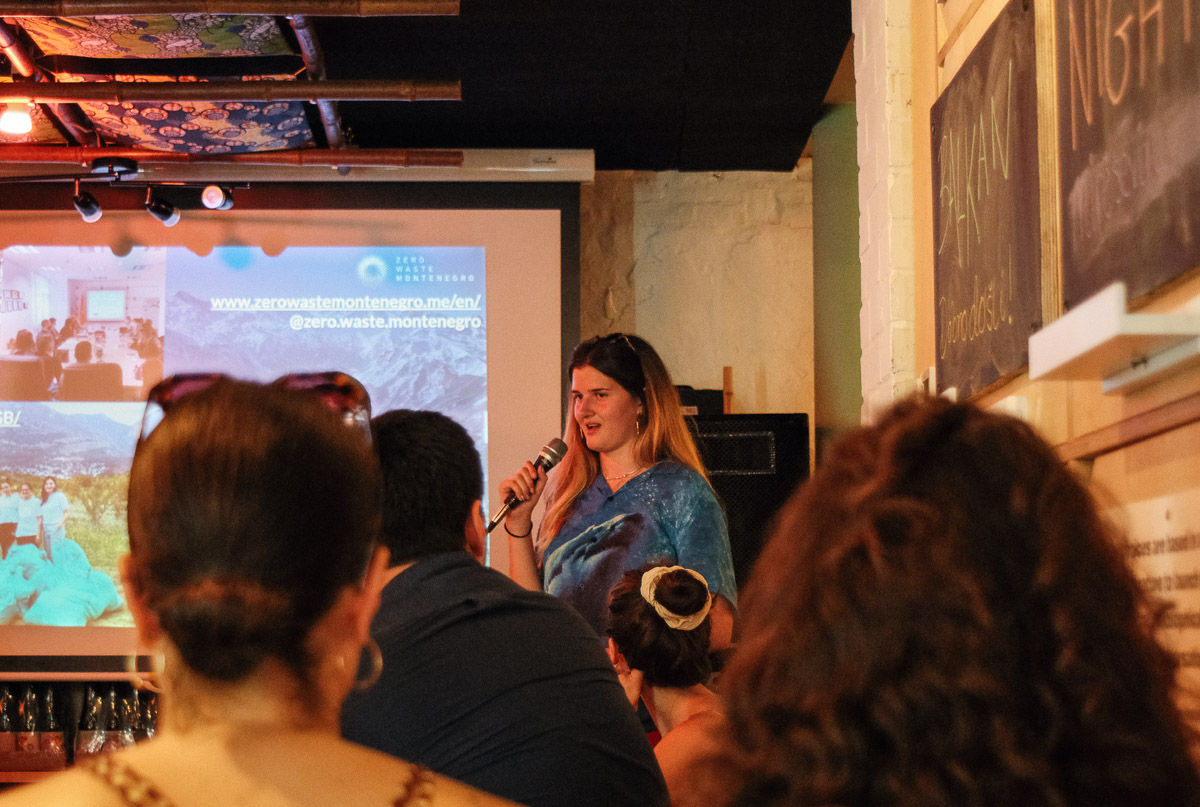 Environmental and ecological preservation was a pertinent theme of the night. The Balkans is home to an abundance of rivers, mountains, lakes, seas, and ecosystems yet environmental policy does not get the attention it deserves by regional governments. Enna Kebo spoke on the importance of conservation in Montenegro. Enna was born and raised in London but originates from Montenegro and Bosnia and Herzegovina. She spoke of her work with two environmental NGOs in Montenegro: ‘Zero Waste Montenegro’ and ‘Ecobiom Montenegro’. Zero Waste Montenegro hopes to turn Gusinje, a small town near the Albanian border, into the first ‘zero waste’ city in the country. It is a cross-border project between Montenegro and Albania, hoping to initiate environmental legislation and shift the attitude of its citizens. Montenegro mismanages 95% of its waste, the highest in the Mediterranean. Ecobiom, the other NGO from the coastal town of Sutomore, focuses on improving public and ecological health. With a number of initiatives, one being litter picking, obstacles to success included a limited turnout. Despite a general indifference for the environment in Montenegro, Enna reflected on how this could easily turn around. Montenegro is a small country that hasn’t seen decades of intensive farming or catastrophic environmental degradation like other parts of the world. Traditional cultures of the Balkans align with more sustainable lifestyles (e.g. farming) and so returning to non-Western bases of knowledge will prove vital in forging a specifically Montenegrin ecological outlook. This concern for environmental protection in the Balkans was echoed by the attendees who hope for the ‘celebration and preservation of diverse nature’, the ‘development of sustainable ecotourism’, and ‘better ecological policies- clean-up of plastic, waste management laws, and sustainability efforts.’

You can find out more about the organisations mentioned here:

The Balkans have experienced a turbulent history. Most recently, the breakup of Yugoslavia during the 1990s brought mass devastation to a large number of Balkan countries. Symptoms of conflict have unfortunately led to a rise in nationalism, corruption, and nepotism whilst historical events remain disputed and justice is yet to be attributed to various groups who suffered greatly. Although discussions of the socio-political situation in the Balkans are often extremely complicated, resolving past disputes and denouncing nationalism was unanimously agreed upon by all participants. When reflecting on the region’s future, political factors were at the forefront. Attendees wrote of the need to ‘embrace what we have in common’, ‘do more than co-exist’, and ’push for unity across all factions.’ Ideas on how this could be achieved included ‘a huge investment in public education’, for ‘all generations both living there and within the diaspora to educate themselves on Balkan history’ through credible sources, ‘new housing policies’ and a ‘better judicial system.’ Participants wrote that through these changes, they believe Balkan people can achieve the ‘prosperity, growth, and healing’ that they deserve. Other speakers included Isis Menteth-Wheelwright and Tamara Vujinovic who discussed their article on Dark Tourism in Bosnia and Herzegovina and the implications of this on the country. For similar reasons as they travel to Chernobyl, visitors have flocked to BiH because they are “places [that are] historically associated with death and tragedy”. The ethics of ‘dark tourism’ are not straightforward. On one hand, it is a profitable business, allowing locals to share their stories with ignorant Westerners. On the other, the true intentions of visitors are often unclear, even to themselves. The ‘thrill’ factor sparked by dark tourism’s pursuits denotes an unsavoury sense of voyeurism which can in turn affect the progression of BiH’s ‘global image.’

You can read more on dark tourism in Bosnia and Herzegovina here:

Identity and acceptance were also fundamental themes during the event. Ksenija Kadic gave us an insight into her ‘Space to be Different’ workshop. Ksenija is from Mostar, BiH and her work encompasses many roles: writer, tutor, artist, guide, facilitator, and explorer. She is the founder of a method and philosophy she calls fluidity of self which was developed through a lengthy personal, creative journey with a friend. She works with empty boxes and 6 principles to evoke playfulness whilst aiding self-awareness and self-discovery. Ksenija spoke of her own experience of migration and the importance of connecting to personal stories in order to free up attachment to our fixed identity, embracing instead the totality of what we are. She asked the attendees to discuss in groups what it means to them to just do ‘nothing.’ This initiated important discussions surrounding identity in the Balkans and freeing ourselves of societal/familial expectations and limitations. These conversations were echoed within the written feedback, in which participants spoke of the importance of ‘non-violent communication in working toward a future inclusive of all Balkan citizens’, for a higher level of open-mindedness and for ‘younger generations to break conservative norms’ whilst older generations should ‘embrace more creative careers and understand that we can’t all be doctors and lawyers.’ This leads us to the need for societal acceptance and celebration of marginalised groups such as women and the LGBTQIA+ community. Attendees spoke of the importance of the ‘breakdown of social norms which make certain types of people more vulnerable to hostility’ and for the region to become ‘more inclusive, accepting and open to diversity’ with ‘no one feeling excluded or afraid.’ One participant wished for ‘more women in power, women driving public transportation, women CEOs, women in politics and female presidents/prime-ministers.’ In light of these discussions, a photography collection by Tom Barlow-Brown was exhibited on the night, depicting his projects ‘Sarajevo’s Pride’ and ‘Landmines.’ Tom is a photographer and journalist working on stories in the Balkans and UK. His primary work focuses on conflict, post-conflict, environmentalism, and migration and he has been published by the likes of VICE, War is Boring and Balkan Insight. 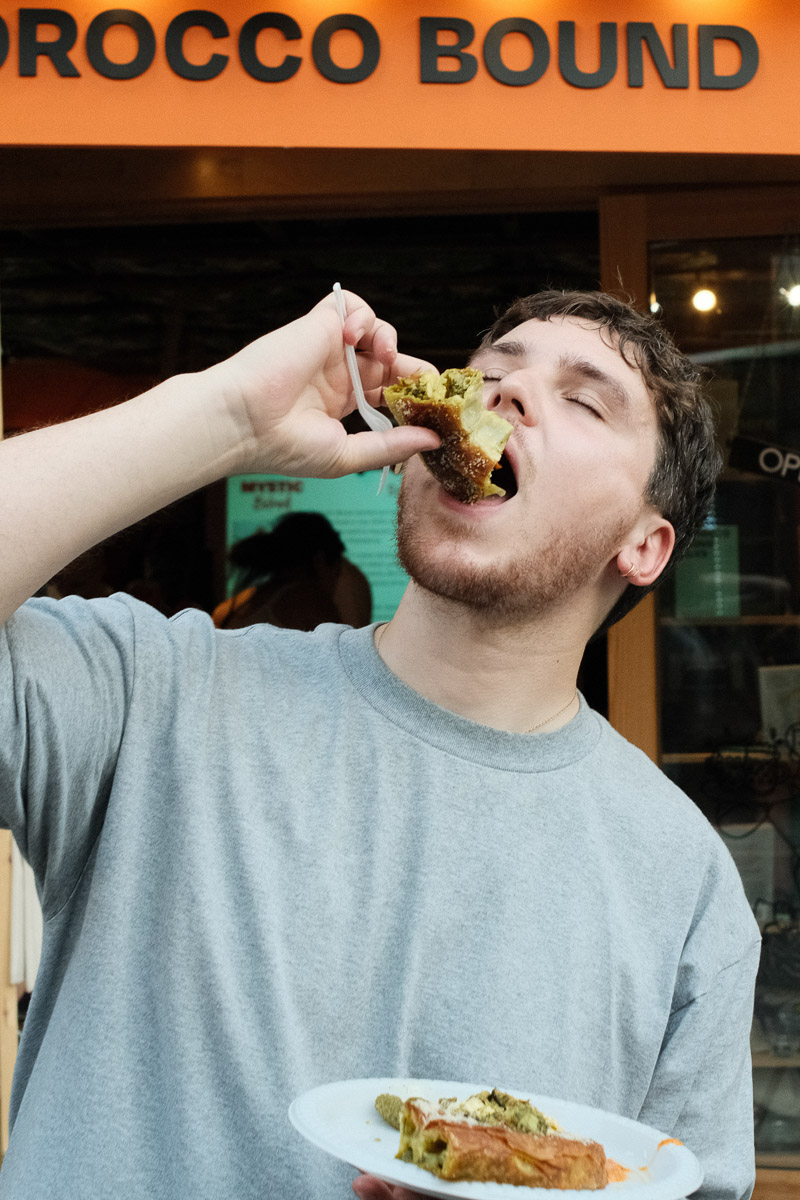 Whilst discussing issues pertinent to the Balkans is a necessity, a celebration of its culture must go hand-in-hand. A major element of the event was the burek/borek/börek provided by Spasia Dinkovski, the face of ‘MysticBörek.’ MysticBörek started with Spasia ‘delving into her grandmother’s recipe book, hungry for her layered cheese and egg phyllo pie which she used to request to greet her at the table any time she visited her back in Macedonia.’ Although MysticBörek ‘started out as a project to further cement and preserve her own cultural identity, it’s turned into a way of giving other people burek memories of their own!’ We had the pleasure of trying two different burek/borek/börek flavours: either the vegetarian creamed spinach, parmesan, potato and turkish chilli option or the slow cooked beef short rib with mature white cheese, sour cherries, and swiss chard option. The pies were also accompanied by courgettes in strained yoghurt, hot ajvar oil, and gherkins and all we can say is, Spasia, THANK YOU!

The creativity of Balkan people was another focus of the night. We had the pleasure of listening to a reading by Sara Bucinca of the Albanian poem ‘What Love Is/ C’është Dashuria’ by Nexhat Hakiu. The poem recalled the nature of love and was read in both Albanian and English. We were then joined (virtually) by Selver Učanbarlić at Mahala Magazine. Mahala Magazine is a new editorial project born in Sarajevo in February 2021. Their end goal is to nurture a warm and welcoming publication filled with great stories about the people living in Bosnia and Herzegovina and beyond. Selver spoke to us about their aims, the process of creating the first two editions of Mahala, and the importance of sharing the stories of local people. Balkan literature was also sold at the event from the likes of authors Aleksandar Hemon, Lana Bastašić, Milenko Jergović, Slavoj Žižek, Ismail Kadare and Pajtim Statovci. Many of these can still be purchased from Morocco Bound Bookshop. In light of celebrating Balkan literature, the night included a reading by Stefan Koprivica of ‘The Library’ from Milenko Jergovic’s ‘Sarajevo Marlboro.’ ‘Sarajevo Marlboro’ is a collection of short stories from war-time Sarajevo, BiH 1992-5, and ‘The Library’ speaks of the power of books and the importance of their preservation during times of instability.

The importance of pushing for cultural creativity and diversity was recalled by the attendees. They spoke of the need for ‘improvements in infrastructure for the creative arts’ and an ‘explosion of underground culture, youth centres, alternative clubs, underground films and places of healing.’ A focus on ‘local businesses using local resources’ was also mentioned as well as further ‘platforms for diaspora engagement.’ The afternoon was a huge success and we hope to continue bringing together Balkan diaspora and showcasing Balkan creativity and talent. Watch this space.

To hear more and stay up to date with future events make sure to follow @balkansburekboozebooks on Instagram.

To order your own burek/borek/börek visit:

To find out more about Mahala Magazine and order your own copy visit: