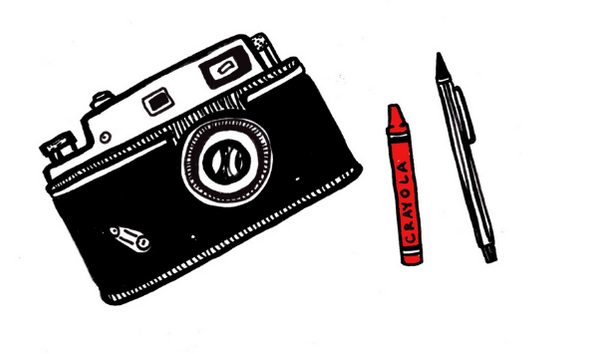 
Under Argentina’s military dictatorship lasting from 1976 to 1983, 30,000 people (said to be dissidents) were ‘disappeared’, abducted, killed, never to be found. In other words, they were effectively erased from history.

Marcelo Brodsky’s annotated photograph ‘Los compañeros’ questions who we remember, why we remember and the way we remember.

What is the difference between a good memory and a bad memory?

That is the question that Argentinian photographer Marcelo Brodsky voices in his critique at the beginning of Vikki Bell’s short film, ‘Brodsky’s Buena Memoria’. Brodsky’s answer distinguishes between two meanings:

On the other hand, a good memory is when someone remembers everything or a memory of something positive. Our time at the school was very positive for us.”

Here, Brodsky highlights the double meaning of ‘good’ and ‘bad’ memories. There are positive and negative memories connoting the emotions associated with these; people have ‘better’ and ‘worse’ memories indicating the amount and depth of what they remember.

And despite the vast differences in the content, the way, and even the amount that humans remember, having ‘good’ and ‘bad’ memories is a universal experience.

Photography can be deeply connected to memories, seen to inform, reinforce, and sometimes contradict what we remember. In his photograph, ‘Los compañeros’ (‘The Classmates’), Brodksy annotates his class photo from 1967 when he was aged 13, telling the stories of a group of students whose lives would go on to be upended by the Argentinian dictatorship which began six years later in 1973. 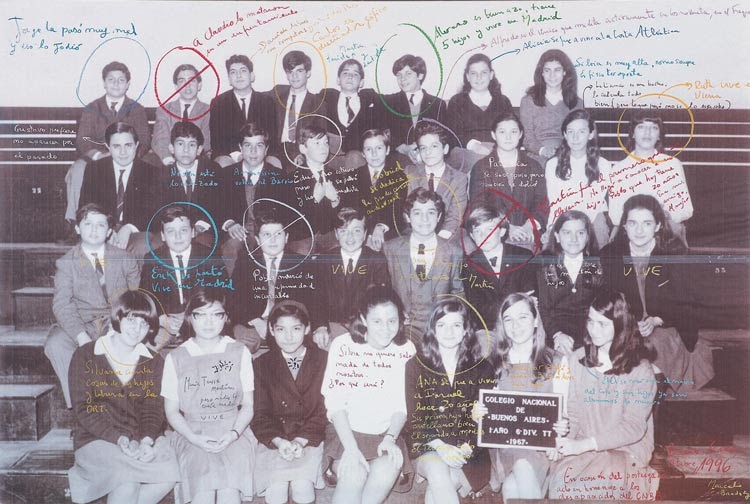 By writing on the photograph, Brodsky resists his own binary categorisation of memory, blurring the lines between good and bad by constructing a complex web of varied, violent histories. By memorialising others’ stories on their behalf, Brodsky suggests that memory is not a univocal, national narrative, but, in this case, a spectrum of experiences. He creates a classroom of voices for those whose own narratives were taken away too soon. ‘Los compañeros’ forms part of a wider collection called ‘Buena Memoria’; an amalgam of photographs, videos and events which look back on the lost and recovered memories of people who lived, died and suffered during the Argentinian dictatorship.

In 1976, a military junta (a political or military group that seizes power by force), comprised of General Jorge Rafael Videla and two other army generals, overthrew Isabel Perón (President of Argentina, 1974-76) in a state coup, imposing a military dictatorship lasting until 1983. Over seven years, the country was subjected to state terrorism, political and cultural oppression, and gross human rights violations. Coined ‘The Dirty War’ by the regime itself (although the term ‘State Terror’ is preferred by many Argentinians, to avoid the oppressor’s language), thousands of citizens (derided as left-wing political opponents) were imprisoned, persecuted and killed in illegal detention camps. Most victims have been recorded as desaparecidos (disappeared) because, in the majority of cases, there are no records or death certificates. Whatsmore, victims’ bodies were disposed of, allowing the regime to absolve themselves of responsibility. In other words, people vanished at the hands of the state. Horrifically, this was no small operation: between 1976 and 1983, it is estimated that 30,000 people were abducted and killed.

Brodsky's work reveals the intricate and complex nature of memories, which are entangled in a web of unanswerable questions: who do they belong to? How do we communicate painful memories? What constitutes a good or bad memory?

Brodsky’s ‘Buena Memoria’ is an act of remembrance to a small number of these desaparecidos; an attempt to re-tell personal histories which were erased by the state and are yet to receive formal recognition. Brodsky uses ‘Los compañeros’ to negotiate this process of re-narrating stories, thus revealing the intricate and complex nature of memories, which are entangled in a web of unanswerable questions. Who do they belong to? How do we communicate painful memories? What constitutes a good or bad memory? How do the double meanings of good and bad memory overlap? And can one person’s good memory be bad for someone else? 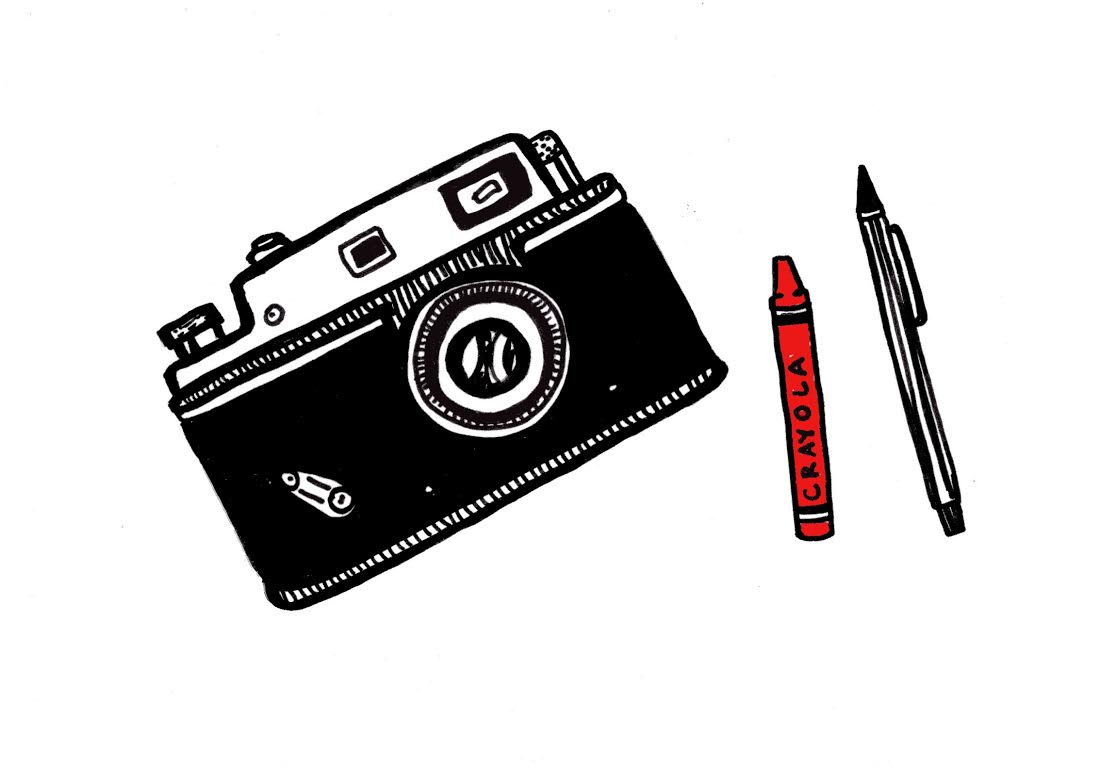 The act of colouring in and around, of drawing attention to these faces, in tools they could have used, comes to emulate the lost voices of the children.

Brodsky uses the colours and tools (crayons) of a child to annotate the photo. The colours cut through the monochrome of the photograph, and the act of drawing itself is reminiscent of an innocent childhood activity, which we might consider to be a good memory (in both senses of the term). In Bell’s film, the 60-year-old Brodsky sits atop the immense print, recreating the work for a 2014 exhibition at the Tate. As he begins to annotate, it is as though he mirrors the actions of the younger version of himself in the photograph. The act of colouring in and around, of drawing attention to these faces, in tools they could have used, comes to emulate the lost voices of the children. Some are lost in the sense that they have grown up and lost their youth, others are lost as they did not live long enough to reach adulthood.

Perhaps Brodsky’s work is best understood through the words of Elizabeth Jelin: in any given moment and place, it is impossible to find one memory, or a single vision and interpretation of the past shared throughout society.

Despite the smiling faces and youthful innocence there is a deeper violence at work in this image. Shown most overtly in the red lines which cross through several faces it is also buried in the stories behind his annotations. Claudio was killed during a confrontation with the fascists. Brodsky’s best friend Martín was never able to meet his son. Others are more amusing in tone - “Alicia tiene un montón de hijos” (“Alicia has a bunch of kids”). Some have fled to exile in faraway places - Madrid, or Vienna. A couple simply read “VIVE” (“ALIVE”). Some are desaparecidos; their fates remain unknown. Over his own face, Brodsky writes “Yo soy fotógrafo y extraño a Martín” (“I am a photographer and I miss Martín”). He describes writing on the image as an “instinctive” process, a “gesture” which came naturally, emphasising the personal stake of this work. The photograph also forms part of Brodksy’s own memories of youth - whether they be ‘good’ or ‘bad’.

“History decays into images, not into stories”

“In any given moment and place, it is impossible to find one memory, or a single vision and interpretation of the past shared throughout society.”

‘Los compañeros’ encapsulates this and attempts an impossible task: recovering the multiple memories of lost individuals and relaying them through one single document.

In this way, the memories attached to this photograph can be labelled neither as good nor bad. There is a type of hybrid memory at work here; one which the artist has tampered with, but which stays true to the fates of its subjects. Brodsky’s crayons do the opposite of the state’s violent erasure; they denounce the years of State Terror, bring stories to life, and transmit emotions visually, in the hope that the next generation will not forget. In the words of Walter Benjamin: “history decays into images, not into stories”.

Thank you to Suzie for enlightening us on Argentinian history and opening our eyes to the horrors suffered by those who were disappeared, those who knew the disappeared and to the society at large. What is the correct way to commemorate past atrocities? Email us at moroccoboundreview@gmail.com.