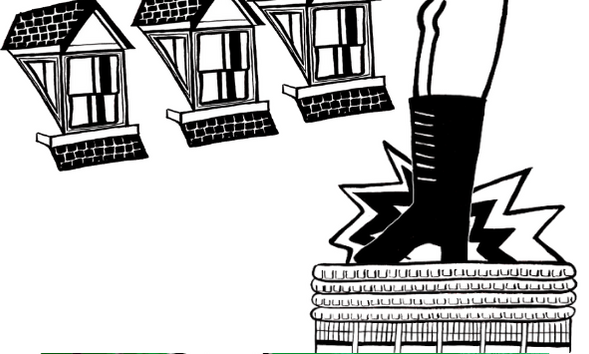 Why we should never destroy another building, ever again


The argument for never demolishing another building again is a growing trend among environmentalists. That’s right: no building destroyed, ever again. Buildings could only be renovated and never built from scratch.

Why would anyone make this (ostensibly nutty) case? Well, arguably it’s a pretty rational response if you’re one of the few who are aware that the current cycle of building demolition and reconstruction creates nearly half of all emissions released in total nationally, and two thirds of total natural material extraction in the UK annually. Any realistic plan to reach net zero needs to have a good, hard look at the way we plan, imagine and recreate our built environment.

But most people don’t know these stark facts. Maybe they can be persuaded by a different take - because it’s not just environmentalists who are decrying demolition. The same argument has been garnering support from a very different strand of citizen: brick-loving city-enthusiasts with a penchant for a certain endangered style of architecture, normally encompassing a cast of buildings typically sacrificed to the bulldozers the moment that a redevelopment opportunity arises. You probably know the type… They’ve bored you before by ranting about some post-war electricity substation or other, perhaps even going so far as to claim Preston Bus Station as a national icon… (If you want to talk about Preston Bus Station with me, please give my inbox a tickle, because yes I am talking about myself and yes I’d love to). 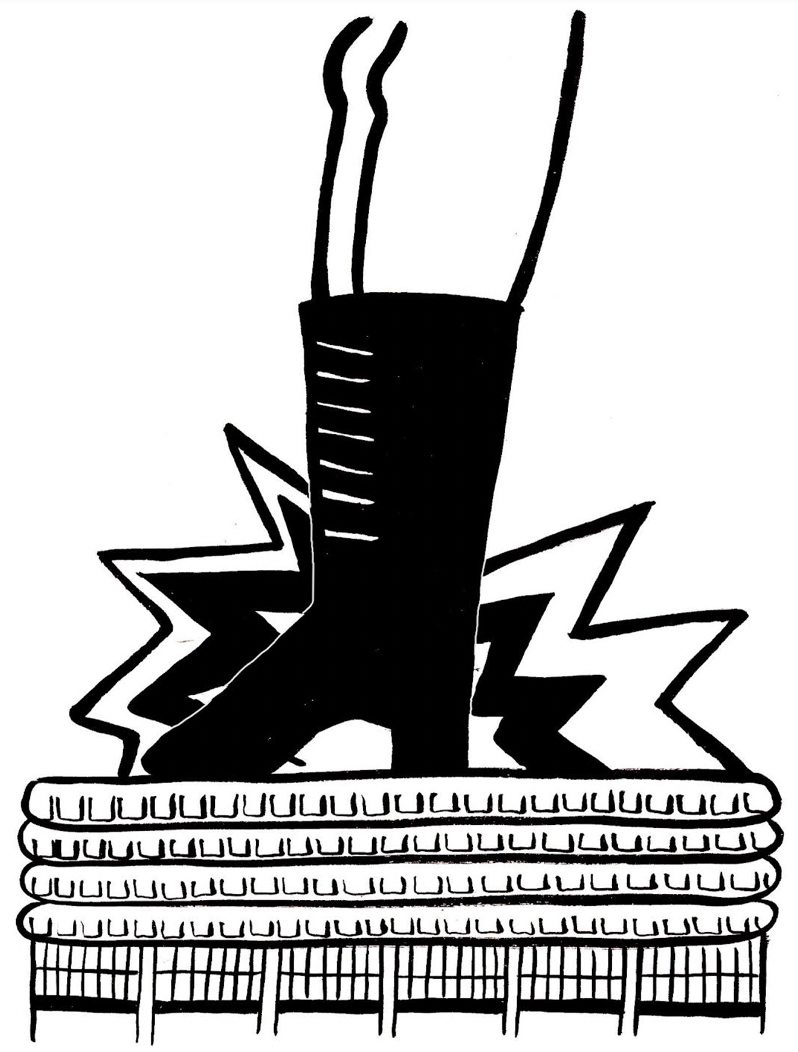 So what would happen if we humoured these wall-gazing, aged-glass-admiring freaks? What environments would we be able to create if we reorientated the planning system in favour of projects that salvage and revive, rather than those that demolish and destroy?

Making a commitment to never demolish another building ever again seems like a needlessly dogmatic, clickbait-y goal. But it's the absurdity that makes it so useful

The idea has been picking up some pretty serious traction lately. There’s a near-universal acceptance of the need to reduce emissions from the construction of new buildings (which make up 38% of all CO2 emissions globally). Yet making a commitment to never demolish another building ever again seems like a needlessly dogmatic, clickbait-y approach to an infinitely multifaceted and broad issue, and one that could potentially cause more problems than it solves. But perhaps that is precisely why it’s useful: because of its absurdity.

Movements that are predicated on solving environmental catastrophes often use pure ideological goals to stimulate action. Most people are not vegan, yet the existence of veganism as an ideal has led to an increase in vegan options. Having an extreme ideal as an aim does a good job of conveying just how drastic a rethink is necessary if we’re to ensure that sustainability becomes central to the way we create our urban habitats and, ultimately, find a way survive the century - without having to rely on the world’s most annoying billionaires to take us all to Mars.

The question of what to do with our existing buildings has recently made headlines. Parliamentarians to superstar architects like Norman Foster have been talking about the need to get really serious about encouraging the reuse of buildings on a much larger scale than is happening currently. “Architects should reuse existing buildings where possible to reduce embodied carbon and emissions,” Foster + Partners’s head of sustainability Christopher Trott claimed recently.

However, the conversation is somewhat hampered by the caveat that, even with the best will in the world, those in the construction industry are ultimately at the mercy of clients who often don’t consider embodied carbon a top priority. This leads to situations where the incentive is almost always to demolish and rebuild, even in the case of buildings that most of us would consider objectively attractive and valuable.

Obviously sometimes years of neglect and damage do render a building genuinely unsalvageable on any reasonable budget. But often there is scant incentive for those in charge to even consider reuse of an existing building as their starting point for redevelopment. Recently (and most ridiculously) granted were plans to pull down one of Marks & Spencer’s flagship stores, housed in a large, handsome art deco building on Oxford Street. The 1930s building got the green light to be demolished in November 2021. The situation highlighted that we are a long way from establishing sustainable building practices as the norm, despite an increasing awareness of the need to conserve the huge amount of embodied carbon that is stored within the fabric of our cities. Put simply, current economic incentives are perverse. Planners receive more benefit from a building getting written off and a new one being built in its place, despite the aesthetic and environmental reasons to incentivise the opposite.

One step forward, two steps back

The most significant way in which the government has tried to incentivise reuse of the existing building stock in recent years has been through a wave of relaxations to the boring-sounding Permitted Development Rights (PRR). PDRs allow people to adapt and convert buildings avoiding planning permission. On a small scale, PDR allows homeowners to add dormer windows to their houses or add extensions without the hassle. It also means that developers have been able to convert previously non-residential buildings (old office blocks and the like) into new residential properties. This has the dual benefit of allowing the government to make some easy and pretty speedy gains on meeting housing delivery targets, while being able to encourage more cases of green retro-fitting over emission-heavy new builds in order to achieve what are currently dizzying housing targets. 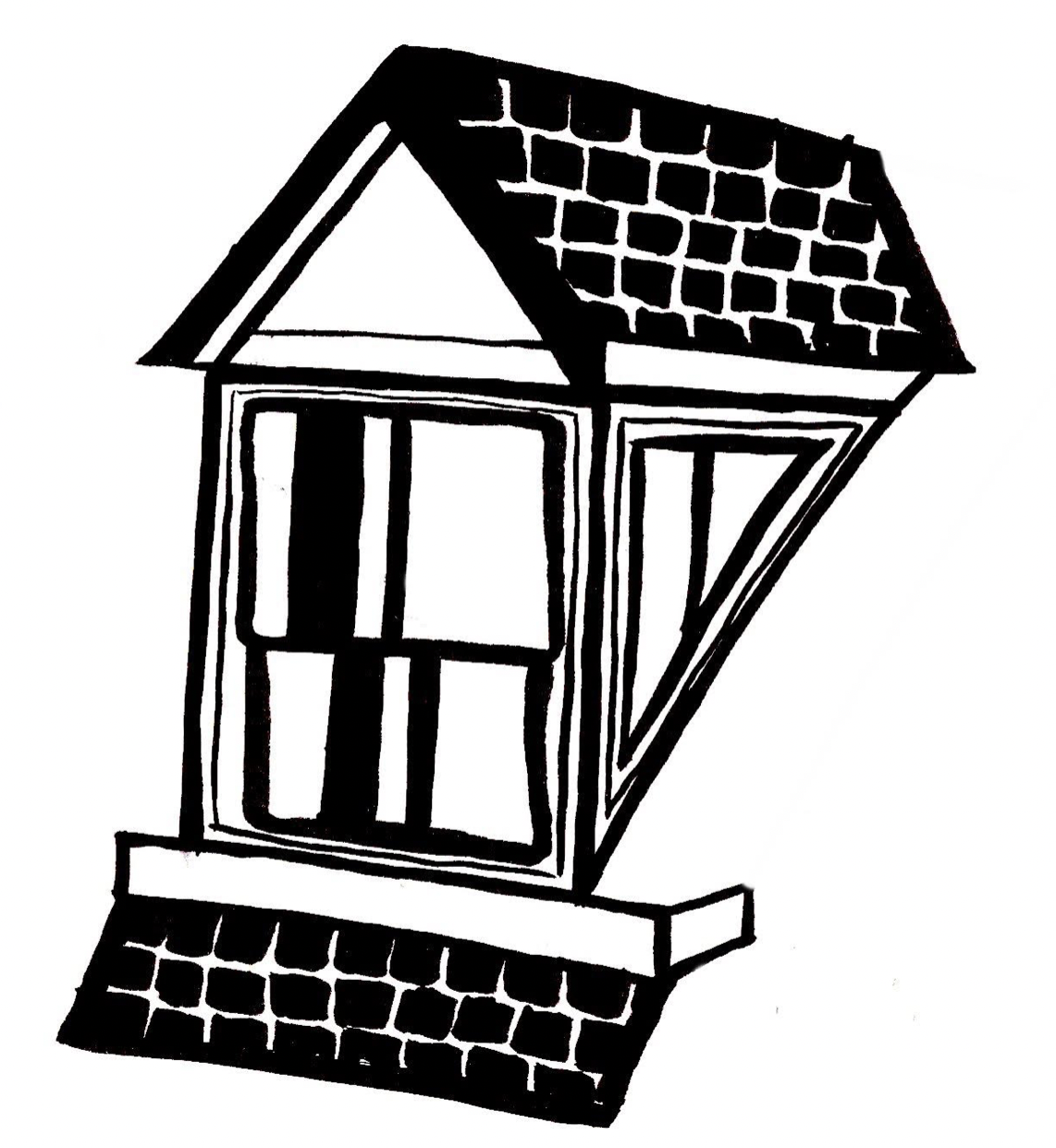 Yet the planning policy relaxations were hastily followed by policy-tightening back-ups. Why the U-turn? It had become apparent that the initial relaxations were in fact so relaxed that the more opportunistic and unscrupulous of developers were creating barely habitable prison cells for people to live in, which would have previously never got anywhere close to achieving planning permission. Nevertheless, a serious rethink of the way that new homes are proposed and permitted is a good idea.

An investigation into the functions the planning system allows to interact within the same corner of the city, is not a bad idea. Indeed, the well-worn adage which laments how so many of our favourite urban places from the past would have never been allowed to be built today under modern day planning law is absolutely true, and really should provide planning policy decision makers with a slap-up banquet of food for thought. If we want to start encouraging new developments that are more likely to become enjoyable, inspiring places to be, then the planning system does need a total overhaul.

The vast environmental benefits from encouraging adaptive reuse of the existing urban realm are obvious. But what could it actually mean for our personal experience of buildings and cities if the necessary legislation to protect and, crucially to fund, mechanisms to revive old buildings became a viable option? What could it mean for the places that we create and the people who interact with recycled spaces?

Our connection to old, familiar building materials – classically bricks and mortar – is almost primaevally strong, and that familiarity helps us form a connection to a place when we’re surrounded by it

Despite a clunky planning system, one of the best ways to engender the creation of more visually thrilling places to be, will undoubtedly be to make better use out of the urban fabric that already exists. Think of visiting an old Tithe Barn, Edinburgh Castle or Notre Dame (before it caught on fire). There is something physically pleasurable about being in a place or building that was built and used in a different time and place. Especially, I’d argue, in one which has since been afforded the opportunity to live on by doing some other job in hosting new and different people from those that it was originally built for. Our connection to old ‘familiar’ building materials – classically bricks and mortar – is almost primaevally strong, and that familiarity helps us form a connection to a place when we’re surrounded by it. In reality, it is unlikely that many (if any) new buildings will have brick as their fundamental structural construction component. And that’s completely fine – there are a million ways to construct a brilliant building today using contemporary and financially viable materials and construction methods. Anyway, brickwork as an external aesthetic choice will remain a valid option for the foreseeable future with brick slip cladding being one of the most popular ways to encase the steel frame of a new build today.

The joy of being in a recycled-purpose building is in the refracted memories and history you can bathe in whilst inside it. The texture of a visibly long history of use and reuse enriches our conversation, thoughts and emotional responses. For me, it incites my imagination: the original builders and designers couldn’t have possibly imagined the kind of activities people would enjoy, tolerate, despise and generally live modern lives in. History adds a depth of meaning that no fancy modern quirk of architecture can achieve.

Ultimately, working with a living piece of the built history of the city rather than removing it just makes for a better experience of place. When you’re wrapped up in all of that, it’s not the environmental benefits that come to mind but the energising feeling that comes from being within and part of it. With that in mind, maybe we should try and give never demolishing another building ever again a bit of a go - not just to preserve some semblance of normal life on the planet in the face of the climate crisis, but also to create more meaning and connection through our personal relationship with architecture and to provide ourselves with more interesting places to be.

Like Preston Bus Station - nearly demolished in 2013 but now deemed an epic relic of post-war architecture and a “brutalist treasure”. Now anyone who’s stuck waiting for the number 12 to Longton on a grey evening with a flat can of Stella in their hand can admire the tiles and beams of another era, conceptualise 1950s’ dreams of the future, expanding their horizons, even perhaps their empathy… That’s if they bother to look around them, anyway.