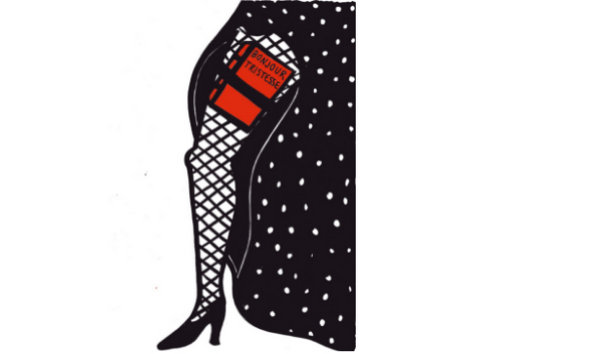 The whole setup was ultimately a recipe for misogynistic disaster.


Francoise Sagan’s debut novel Bonjour Tristesse made her an overnight sensation in 1950s France, where she sold over 500,000 copies within 12 months. Set in the French riviera, the 17-year-old Cécile, her debauched father Raymond and his 20-something mistress Elsa enjoy a summer holiday full of hedonistic pleasures, encountering casual sex, fast cars, and heavy drinking. That is until the arrival of Anne, a highly accomplished and educated woman in her 40s who charms Cécile’s father with her beauty and intelligence. Francoise Sagan was 19 at the time of publishing. She had been skipping school and getting stuck into French café society, where she became acquainted with the existentialist writers Jean-Paul Sartre and Simone de Beauvoir. The radical new ideas these philosophers proposed were central to Sagan’s novel and helped to shape a sexually-liberated, intelligent, and complex female protagonist: Cécile. Cécile repeatedly finds herself caught between the prospect of stability and motherly love that Anne offers, and her existing life of boundless revelry. By choosing Anne, she would lose this hedonistic lifestyle and her close relationship with her father, but would gain guidance, discipline, and the maternal figure which she had previously lacked (her mother being dead). By choosing her father, she would get to keep the only meaningful relationship she’s ever had. The novella becomes an internal battle of what she needs versus what she wants: a Freudian dialogue between the Id and the Superego.

She acts more like a moral gatekeeper than a translator.

In 1955 when the publishing house John Murray commissioned Irene Ash to produce the first English translation of Bonjour Tristesse, Ash brutally abridged the text, cutting out over 100 lines (25 or so pages) from the 154-page novella. While some of Ash’s alterations are simply down to stylistic preference (e.g. dividing up long sentences), many of them instead appear to be informed by her moral perspective. Put simply, Irene Ash’s censors the character of Cécile on the basis of sex, female emancipation, and even Freudian philosophy. In fact, reading Ash’s translation of Bonjour Tristesse only grants the reader an insight into a fraction of the young woman Cécile is in the original. Ash makes her quieter, less outspoken, and more palatable to a 1955 British readership. In this sense, she acts more like a moral gatekeeper than a translator, deciding both what is allowed in the English text and how this should be read; shaping Cécile into her own patriarchy-friendly protagonist.

Cécile is denied the pleasure, sensation, and even the sounds of sexual activity. In my favourite example of Ash’s stringent censorship, Cécile’s loud cry during sex (“J’appelais Cyril à voix haut”) becomes “I spoke to him” – Ash’s Cécile is not yelling out in carnal pleasure, she’s just talking. Talking. During sex. The way in which Ash distorts Cécile is sadly predictable, reflecting the all-too-common oppressive tendency to minimise women into quiet creatures. Her silencing of Cécile is persistent, and is perhaps most shockingly seen at the end of chapter four, part one. In this scene, Cécile challenges the concept that it is a woman’s duty to be a wife and a mother. The iconic line “Et son devoir de putain?” (“And what about her duty as a whore?”) is deleted from the text, 1984-style, as though Ash herself were governed by the thought police. This scene is followed by Cécile’s deconstruction and a critique of women’s duties, most notably with the line:

And how did Ash approach this text? Unsurprisingly, she eliminated it. 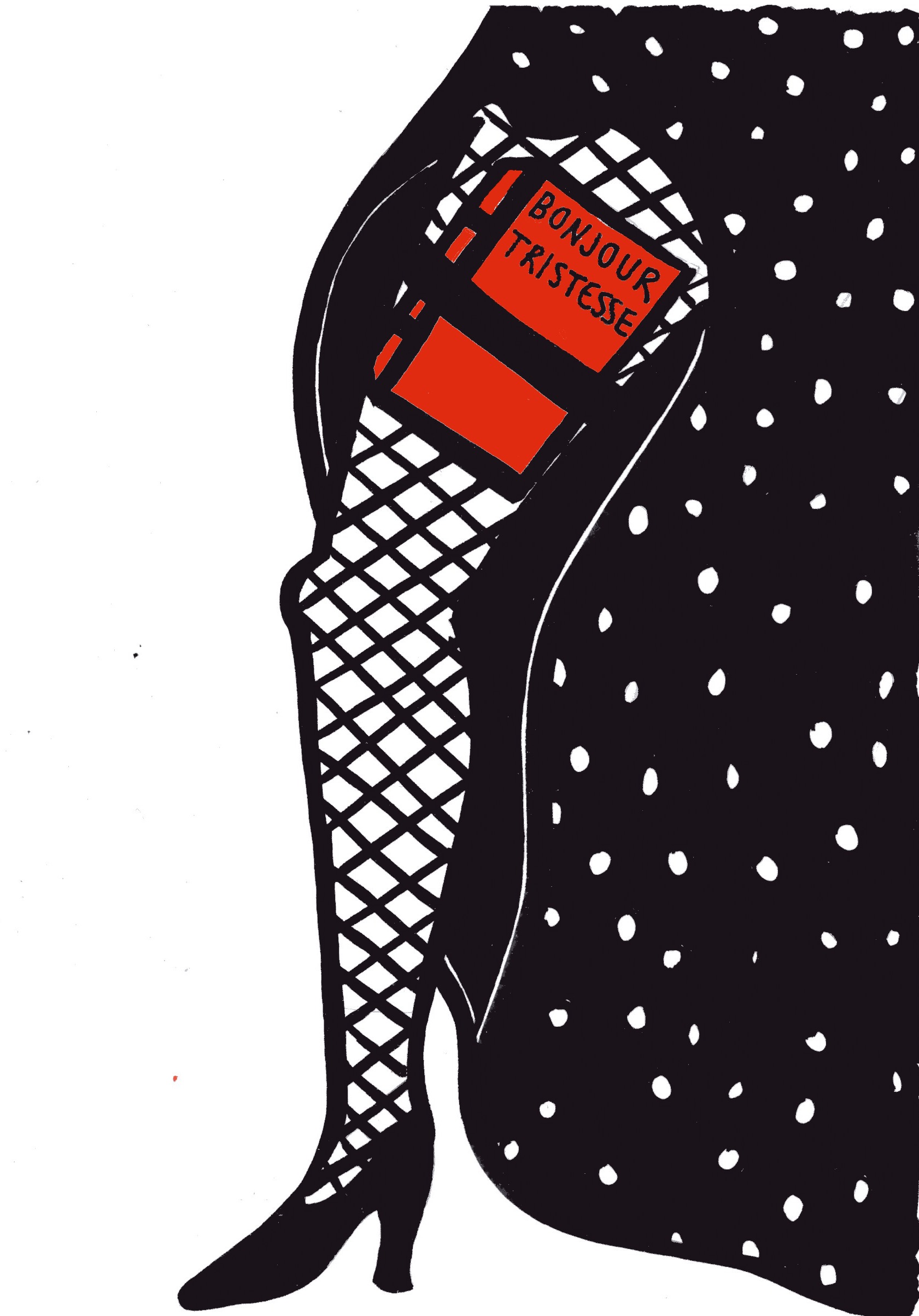 The most disturbing editing that Ash performed on this text comes soon after, when Anne tells Cécile that although her ideas on women may be fashionable, they are worthless. Cécile reflects:

“C’était peut-être vrai. Je pensais ce que je disais, mais il était vrai que je l’avais entendu dire”. (“Maybe this was true. I believed what I was saying, but it was true that I had heard it from others”).

Ash modifies this to: “She was probably right: I believed what I said at the time, but I must admit that I was only repeating what I had heard.” Here, unwarranted additions to Sagan’s writing such as “at the time” and “only repeating” completely reshape the meaning of this sentence. Cécile is no longer simply recognising that her ideas stem from others; here she completely rejects them as meaningless propaganda. “[A]t the time” relegates her belief in the ideas to the past, while “only repeating what I heard” implies that she is an impressionable child with no mind of her own. Not only has Ash struck eleven lines of Beauvoir-inspired thought from this paragraph, but she also makes Cécile as a narrator turn on it.

Unbelievably, Peter Green wrote in The Telegraph in 1955 that “Irene Ash’s translation matches the original; one need say no more”, almost as if trying to steer readers away from any comparison of the two texts, (sorry if you didn’t know any better, Peter).

The whole setup was ultimately a recipe for misogynistic disaster.

Finally, just to demonstrate how much of a dumpster fire 1950s English translations of feminist works were, Simone de Beauvoir’s ground-breaking work The Second Sex from 1949 was vastly edited when it was first translated into English in 1953. The translator simplified complex philosophical language, altered Beauvoir’s style of writing and even cut out chunks of it altogether. Its translator, Howard M. Parshley, was a professor of zoology, and the publishers (Alfred and Blanche Knopf) insisted on the alterations he made. The whole setup was ultimately a recipe for misogynistic disaster. Considering this, the 1955 translation of Bonjour Tristesse didn’t really stand a chance.

However, there is hope to be found. The Second Sex was finally re-translated in its entirety in 2009 by Constance Borde and Sheila Malovany-Chevallier, ending the 60-year-long circulation of the zoology professor’s inadequate translation. This righting of wrongs was continued in 2014 when Heather Lloyd wrote a faithful English version of Bonjour Tristesse. This unabridged translation does not censor any sex scenes or philosophical thought: finally, Cécile is brought into English in all of her salacious complexity. Yet Irene Ash’s translation is still published by Penguin alongside Lloyd’s updated version. I would argue that Ash’s translation, based on its vast alterations and oppressive censorship, is no translation at all, rather a heavily edited knock-off. And if it’s no translation, why keep publishing it?

Yvette is a fourth year student in French and Italian at Bristol. What are your thoughts on the ethics of translation? Email us with your thoughts moroccoboundreview@gmail.com