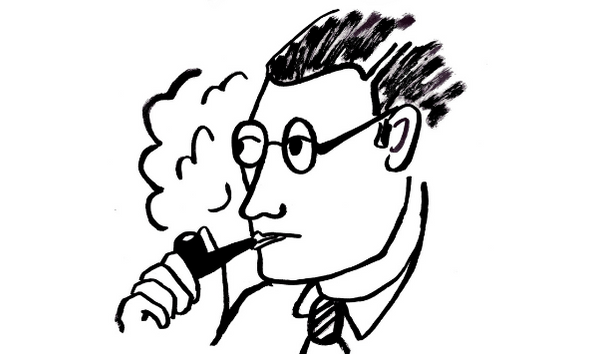 Does social media spell the end of the age of intellectuels in France?


The concept of the public intellectuel is a quintessentially French one. The caricature: a leery, grey-haired white man, cigarette in hand, shrouded in smoke, with well-thumbed books piled around him. Grumpy, anti-social, depressed and totally unreasonable. The classic line-up includes Émile Zola (a writer), Albert Camus and Jean-Paul Sartre (existentialist philosophers), Michel Foucault (philosopher and activist), and Bernard-Henri Lévy (literally described by Wikipedia as “a public intellectual”). What unites them? These grand figures are, according to historian Gérard Noiriel, individuals who “speak truth to power on behalf of the oppressed”.
Many readers may consider this model outdated. As postmodern, ironic sceptics, we may feel an instinctive urge to challenge Noiriel’s simplistic use of the word “truth”. We may believe that in an age of mass media, where more individuals than ever before are able to broadcast their thoughts, we no longer need authoritative individuals who we can depend on to ‘improve’ society, to buff it into shape and challenge the status quo. We may find the idea of putting writers and thinkers from the academic realm on pedestals stuffy – perhaps even risky.

However, in gay millennial writer Édouard Louis, France has found a thoroughly modern version of an old cliché. Those who pronounced the public intellectuel to be dead (or at least obsolete) have been proved wrong.

If truth be told…

The 21-year-old Édouard Louis burst onto the French literary scene in 2014 with his autobiographical novel En finir avec Eddy Belleguele, an uncompromising depiction of poverty, violence and homophobia in the formerly industrial village where he grew up. It became an instant best-seller and was nominated for the Prix Goncourt, France’s most prestigious literary prize. In interviews, Louis is keen to make it clear that the novel expresses “the truth and the reality”. His publisher “worried that the French public simply wouldn’t believe that the kind of poverty Louis describes still exists in France”. The novel is raw and authentic: written in the first person, it revolves around anecdotes from Louis’ troubled childhood and adolescence, and features working-class vernacular (including bigoted obscenities).

Beyond portraying personal misery, Louis’ novel propels overlooked injustices into public debate. The writer has said himself that he wants his novels to be confrontational and include uncomfortable truths: “I want art to make people feel bad.” In this way, the novel slots into the French intellectuel tradition of holding those “in power” accountable: on one level the government, with administrative power, which has failed to look after the French working class. On a second, the people of his village, whose overt homophobia and racism Louis does not gloss over; he does not shy away from betraying their prejudice. He has admitted that his own parents were very unhappy about the way the town was portrayed.

Drawing attention to social injustice by describing a lived experience is a tradition among certain French intellectuels: most notably Simone de Beauvoir. Her autobiographical work addresses the personal and political (which she believed inseparable), and uses them to critique social injustices. Clandestine abortions, for example, feature in a number of her early works. Years later, her public declaration of past illegal terminations was instrumental in liberalising French abortion law.

Louis’ 2018 novel _Qui a tué mon père (_Who Killed my Father), written in second-person singular as though addressed to his father, is politically explicit. He writes, “Emmanuel Macron t’enlève la nourriture de la bouche” (Emmanuel Macron takes the food out of your mouth), a reference to Macron lowering housing benefit by €5 and highlighting the corporeal effect that this (to Macron, abstract) political decision has on poor peoples’ actual bodies. He names the president – and other politicians throughout the book – making the work unusually confrontational and inflammatory. This has led many to compare it to Zola’s ‘J’accuse…!’ (I Accuse), a seminal article published in a national newspaper in 1898 which correctly accused the President of anti-semitism and caused a national scandal.

Louis often points out in interviews (usually published in lefty, middle class papers) that the words he writes about one class are likely to be read by those in another. In an interview with The Guardian, Louis said that he “grew up in a social class where books were absent. I believed reading was boring and useless and there was even a mistrust of literature. It wasn’t that we’d rejected literature, but that it had rejected us”. It is ironic that these words, too, will be read predominantly by a class with enough disposable income to fork out on weekly supplements. It may be this awareness of socioeconomic influence on the production, distribution and consumption of literature that motivates Louis to take advantage of alternative media.

Louis’ frequent television appearances (often uploaded onto YouTube) remedy this inaccessibility to some extent, making his words and ideas available to anyone with access to the internet. This reflects Sartre’s attitude: he said, “Les mass media sont les véritables ressources dont nous disposons pour conquérir le public virtuel. Il faut transposer les idées de nos livres dans ces nouveaux langages” (The mass media are a genuine resource that we must take advantage of to conquer the wider public. We must transpose the ideas from our books into these new languages). By broadcasting his ideas via the small screen and online, Louis avoids privileging the more expensive, elitist, medium of literature over others when it comes to provoking intellectual discussion.

Transposing the ideas from his novels onto television and social media means Louis has to distil and condense his thoughts which occupy hundreds of pages of text, into short interactions that can be uploaded to YouTube, and retain the attention of a perpetually stimulated internet-surfer. He must also adapt his actual language. Despite his high level of education and attending extremely prestigious French universities, Louis doesn’t indulge in esoteric language or highly theoretical conversation. He expresses himself simply and always gives concrete examples to support his criticism. This plants politics in reality, making it accessible and tangible, regardless of his audience’s level of education.

Louis uses social media to relay his ideas to a wider public. They allow him to communicate his thoughts in real time, directly to internet users. He explained on Al Jazeera that he turned to social media to express his support for the gilets jaunes as the mainstream press was so derogatory towards them. Twitter was “the only place where I could say what I had to say”. Returning to Noiriel’s quote on speaking truth to power, this suggests that the modern intellectuel can get closer to their verité (truth) than ever before. They can express their thoughts with no mediator or constraints from publishing houses or other institutions.

Of course, it’s not as simple as that. Social media has a hierarchy of voices. Using it to communicate ideas means intellectual thoughts can be compromised. Research shows that algorithms favour “instant, gut-fired, emotional, positive evaluations”. Louis cannot assume that his literature will be consumed in conjunction with his online activity.

However, this is not a new problem. Past intellectuels who capitalised on other forms of mass media such as radio and television also met with the difficulty of making their ideas accessible without compromising their complexity. Sartre’s pleasing soundbite, that hell is other people, is so well-trodden that the majority of us know it without having seen or read the play Huit Clos (No Exit) in which it features. As a result, its meaning has been misconstrued by many. (The line expresses despair at the irreconcilable nature of conflicting subjectivities, rather than a misanthropic hatred of ‘other people’.)

Sociologist Pierre Bordieu hated television for forcing intellectuels such as himself to simplify their ideas. He argued that they were forced to self-censor on certain issues because their material had to be appropriate for getting “imposed indiscriminately” on anyone. It was at the mercy of television guidelines and contorted by the need to create entertaining programmes.

Social media bypasses this problem through its system of ‘following’. Users are able to curate the sort of information that they ingest, giving intellectuels the green flag to communicate their more abstruse ideas in technical language. They know that their audience, who have ‘opted-in’, can handle it. However, filtering out an audience solely to those who ‘subscribe’ to your thoughts means that intellectuals will reach fewer people. The development of echo chambers where internet users are exposed predominantly to information which affirms their pre-existing opinions jeopardises the ability of the modern intellectuel to speak truth to power. The power may never even come across them. If they do and don’t like them, they can simply press ‘mute’.

Perhaps the biggest threat to the modern intellectuel, however, is the curated nature of a social media profile, which invites scrutiny and accusations of inauthenticity. Louis uploads photos of himself at political protests to his Instagram feed alongside images of his career landmarks and holidays. This risks his activism appearing performative and insincere. The act of sharing selected images on an Instagram feed has no scope for spontaneity (the way a television interview – with an audience – might do). In constructing an online persona, intellectuels risk self-censoring in order to portray a stable political identity, which may threaten their capacity for honest critique – for speaking the “truth”.

Louis may not look the part (he closely resembles Crackle, the Rice Krispies elf), and at first sight his methods may seem out of place within the grand French tradition. But the role he plays in current French society is in line with that of his intellectuels forebears: voicing uncomfortable truths, attacking those with power and successfully getting his message out with the most modern means at his disposal.