The Moral Maze of Memoir 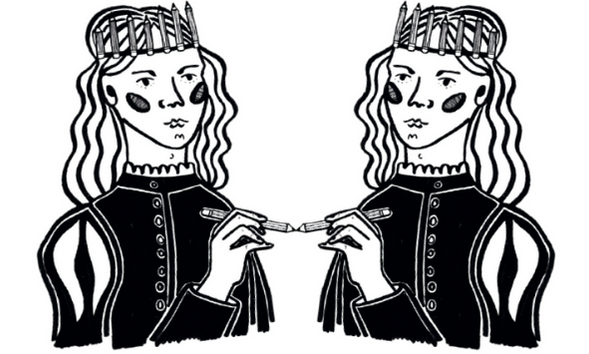 Can a memoir ever be truthful? Should it aim to be so?


Imagine this: you’re married to a writer. A writer who is known for his innovative blend of memoir and fiction and his spearheading of the auto-fiction genre. You enjoy a happy relationship, as has been (gratuitously, some might say) detailed in his novels My Life As A Russian Novel, Limonov, Lives Other Than My Own.

But your relationship sours, you divorce, you endure the peculiar pain of public marital breakdown. As part of your divorce settlement, you legally bar your former husband from writing about you without your consent.

That month, he announces his new book, Yoga, is soon to be released in your homeland, France. Just as his previous books told the story of your happy marriage, this one recounts your messy descent into misery and bitter adversity.

You take legal action, you demand to read the book. You claim to read inaccuracies and fabrications about your life, your family - even about his own escapades. You refuse to remain a character in his fictionalised memoirs and subsequently your ex-husband is forced to make huge cuts from his book. Just one section about you remains: it’s a page and a half, quoted from the aforementioned Lives Other Than My Own, after which comes a commentary on your relationship with the concluding assessment that “I knew such a love was rare and that anyone who allows it to pass is doomed to regret it”.

Not the worst thing he could have written, admittedly. But imagine that you don’t want to be written about, you’re not even a celebrity, you don’t receive gifted spaghetti forks or any other influencer perks, you simply don’t want this private stuff “out in the world”.

She has already been exposed. But then, it was willingly and accurately. Now, she finds her representation in _Yoga_ to be neither of those things.

As a compulsive Carrère-consumer, I know a lot about Hélène Devynck. I know precisely how he had sex with her (yes that phrasing sounds uneasy, but we know it only from his narration); I know her children’s names; I know her political opinions; and I know all about her sister Juliette’s protracted yet premature death from cancer. She has already been exposed. But then, it was willingly and accurately. Now, she finds her representation in Yoga to be neither of those things.

Why has this intensely intimate yet public bureaucratic tussle gripped me?

Why has this intensely intimate yet public bureaucratic tussle gripped me? I suspect that it is because I’m both a gossip and I find complicated relationship breakdowns impressively tragic. But on a philosophical, even a psychological note, it also raises questions about the very nature of non-fiction. Are memories to be trusted? Can a memoir ever be truthful? Should it aim to be so?

Memory is unreliable, twisted, uneven. Me, I hardly have any memories. Really, I don’t. Regardless, no two people remember the same event in the same way. Karl Ove Knausgaard, the Norweigan literary mega-celeb who has written a six-part auto-fiction series titled Min Kamp (yup - the same as… well, you know) revealed that an atomically mundane detail he wrote about - as a child making his parents laugh over a radio report about the oldest horse in Norway - was not actually him, as he had thought, but was in fact his brother, Yvgve. Yngve read Karl’s novel and contested it. Knausgaard explains his subsequent dual psychological reality: the vivid memory of himself doing this, with the knowledge that it is false. Yngve is right, he has accepted that. But his actual memory hasn’t and can’t seem to be changed.

In our heads, we create narratives: narratives that aren’t always truthful.

Even before it’s written down, memoir’s only source is fiction. In our heads, we create narratives: narratives that aren’t always truthful. Adorn your memory on paper with adverbs, adjectives, the like, perhaps go as far as including direct speech and you’re creating authorial adventures rather than a direct report. Endeavouring to write a factual memoir could surely only be achieved by a direct relay of facts such as: He travelled to Calais on 29th September 2017. You could include more details (if they were true): He travelled to Calais on 29th September 2017 after a breakfast of cornflakes and milk. But go too far, describe the cornflakes as soggy, cold, grisly, unsatisfying - and you may venture into the subjective, into fiction. Your sister-in-law could then ring you up and say, but no! Those cornflakes were not soggy; their liquid-to-flake ratio was dead on and what’s more, you ate them in good time, because we were in a rush, so no, they couldn’t have been soggy… Et voilà, history becomes contested. 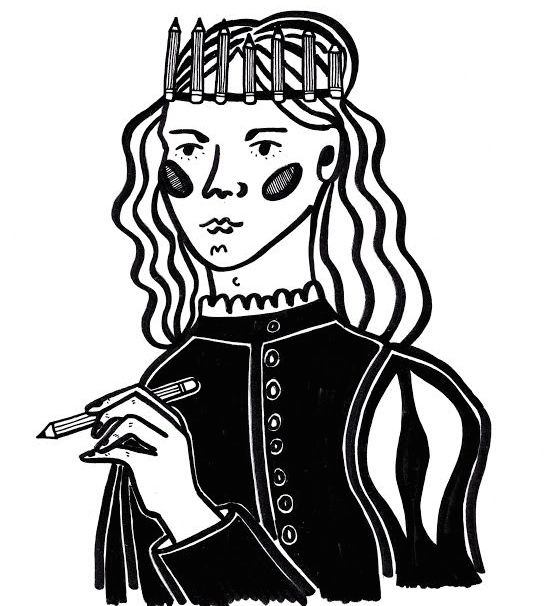 Nearly all writing, once you depart from traceable statements such as I travelled to Calais on 29th September 2017, is contestable. Even claiming you went to Calais on a certain day may be untrue, as Devynck contests Carrère’s time in Calais helping out refugees (as recounted in Yoga) to be a misrepresentation of the truth. Well, she claims he’s lying, and spent just a few days there and not a couple of weeks.

Absolute truth has never been the telos of Carrère’s writing. He has written four hybrid-genre books exploring the lives of famous figures, none of which could be classed as unequivocally factual. One was a biography of sci-fi writer and paranoid gospel-writer Philip K Dick. The Adversary: A True Story of Monstrous Deception (2002) described the life of a banal French man who, having fabricated his entire livelihood, killed his wife, children and parents whom he, by all accounts, had loved. The Kingdom (2014) explored the lives of saints Paul and Luke and Limonov (2011) set out the life of Eduard Limonov, a Russian dissident, writer and politician. Both Limonov and Romand (the murderer) were alive when Carrère published his books about them. Limonov was, to Carrère’s disappointment, totally unphased by his work (according to E.C. that is). Romand was delighted, probably due to his situation (being a convicted mass murderer in jail) and Carrère’s almost sympathetic portrayal of him. Despite basing these books in documents, history and diary, they all fall within varying degrees of factual accuracy.

However, they are not presented as such. It is the electrifying world that Carrère constructs through tangent and conjecture in his books which is so astonishingly addictive, and this blend of fact with fiction that makes his writing so enticing. Without it, his texts could not have taken on such life. For example, in Limonov he writes:

[…]Eduard, who’s neither lazy nor easily satisfied, and who’s discovered that by working a little each day, without fail, you’re sure to make progress - a disciplined routine he’ll stick to all his life. He’s also discovered that there’s no point talking about the “blue sky” in a poem because everyone knows it’s blue, and that strokes of creativity like “blue like an orange” are almost worse for having made the rounds.

Limonov kept diaries and wrote memoirs himself; but just how much of the above is true? Did Carrère invent the “blue sky” anecdote or did he extrapolate from a scribble that Eduard made (context unknown)? Did Limonov actually describe himself as energetic and unsatisfied or is that Carrère’s opinion?

Can you ever truthfully describe someone as generally unsatisfied? Happy? Miserable? Ugly? Funny? Energetic?

And that’s not even to touch the thornbush of labelling. Can you ever truthfully describe someone as generally unsatisfied? Happy? Miserable? Ugly? Funny? Energetic? Me, I can be generous with my coffee yet stingy with my Tyskies. I can be lazy in my email inbox but an energetic runner. Knausgaard relays the curious sensation of reading his own memoir some ten years after writing it. It wasn’t only the content that he found unfamiliar, he says what startled him, unsettled him, is that he “didn’t recognise the thinking”. Sadly, this is a feeling I know only too well. After reading a diary I kept aged twelve, I saw, with horror, a version of myself that can only reasonably be described as evil. Knausgaard suggests that the brain itself changes (and boy, do I hope mine has) and, for him, “there’s no way you can know it unless you have written a book”.

With all this textual uncertainty, does it really matter if a book fails to distinguish between fact and fiction? Regarding Carrère, Nelly Kapreielian claims that Devynck is telling readers that her ex-husband is “manipulating you, readers, the way he manipulated me”. In Norway, Knausgaard’s family exploded in rage at his description of their family’s struggles in Min Kamp (and its five sequels). Should we, as readers, be taking ethical stances? Should we stand up for the memoirists’ entourage - their side men, their secondary characters?

Readers can, of course, choose to be discerning with their belief. What do we want? Some contemporary commentators believe that readers no longer want genuine fiction: we don’t believe in it anymore. More than that, we don’t care about it. It’s not just that we’re obsessed with celebrity; we stalk authors, harass their families, demand to know which bits of their writing are true or based in reality, and which are entirely fabricated. We don’t have time for fiction, we don’t want fiction, we want real-world trivia. I find this plausible. Celebrity culture, reality TV, interviews, paparazzi, documentaries, social media, I’m sure they all fuel our obsession with real-life ‘truths’.

In The Kingdom, Carrère signposts his departure from biography very clearly in order to freely speculate on the life of Luke. But of course, it’s different when the lives you’re embellishing ended over two millennia ago, as opposed to still being very much alive…

I can’t wait to read Yoga. I’m sure I’ll lap up every stinking detail of Carrere’s white man’s depression, his ego-driven existential crises, his breakfasts (were he to recount them) along with any intimate details he’s been permitted to include. So, what really bothers me? Why am I writing this article? What does this obsession say about me: am I truly interested in literature? Or am I interested in the filthy details of real people’s lives dressed up in literary format?

Yoga is (sadly) not yet out in the UK but you can rest assured that MRB will let you know the moment that it is. You can discover for yourself Emmanuel Carrère’s essay collection along with his novels and autofiction at Morocco Bound Bookshop.

Lucy is an editor, journalist and founder of the MBR. Let us know what you think about auto-fiction, memory and memoir, or send any fan mail for Lucy to: moroccoboundbookshop@gmail.com