Your Tongue Shapes your Vision 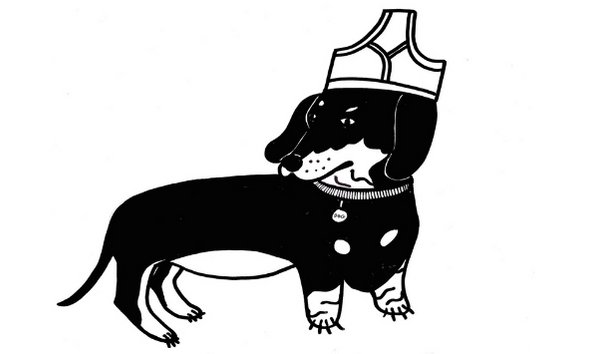 A meandering manifesto for learning languages


If I write “sandwich”, what do you picture?

Okay, the stakes for this word are low – even if the French would scoff in our pasty, scurvied faces if ever proffered a flimsy little meal deal purchased for pennies at a petrol station. However, if an entire nation – heterogeneity within its populace acknowledged – has a relatively uniform difference of perspective when it comes to a concrete noun such as the humble sandwich, who’s to say the same is not true of more abstract concepts: say, liberty? Or community? Or sovereignty?

Although the precise meaning of a sandwich (or any other word for that matter) is impossible to capture – even in one person’s head (click here to watch a nice Dutch guy’s explanation of Derridean language theory) – it is evident that the meanings we attach to words are built by layer upon layer of witnessing the words used in context. Whether that context is a handwritten cursive set before a crusty camembert specimen on the boulangerie counter or a mother desperately trying to stuff semi-masticated globules of a crustless ham and cheese packed lunch down her toddler’s gullet, sobbing “just eat the bloody sandwich, Timothy”. A context can also be created using words alone – this still invokes the sandwich concept in our minds, without even necessitating its physical presence! I just did it for you then: your mind can’t not have swept past its sandwich defining zone while reading this, even if you didn’t dwell on it for very long.

When you learn a foreign language as a non-baby, you are suddenly aware of how you build your definitions. You might have first learnt the word ‘la vie’ from a certain Édith Piaf record, and so for the first few times you slip it into your conversation it automatically brings her to mind. The more you use the word, the paler this association becomes until it is buried way down in your subconscious.

Similarly, when we learn a language, we are receptive to intrigues which are banal to the point of invisibility to native speakers. In Bulgaria, a glove compartment is a “жабка” (zhabkata) which translates as little frog. Poetic, isn’t it? I find it’s adorbs. The same word (żabka) in Polish means little frog and breastroke. Logical! However little attention we may pay to individual words (how many of us have ever put actual gloves in that compartment? How many Polish people envisage amphibians as they traverse a swimming pool?) they have the capacity to influence our perspective subtly - which will undoubtedly feed into our imaginaries as well as our daily lives.

Thus, the poetry and culture of a nation, while influenced by geography, shared history and customs, is also - to perhaps a greater extent than we realise - formed by its language. It’s a given that linguistic nuance is lost in translation; it is impossible to reconstruct the rhythm, melody and tone of a line precisely, so any translation is a ‘reading’ of the text, which has been filtered through the translator who will have subtly different construction of definition (in both languages).

In a more abstract sense, we may never be able to capture the sense of poetry in another language because our sense of the world is wired differently, through the words we use to describe it. It doesn’t just have an influence on the way we express our imaginary world, but also in the ways we imagine it. I had never mused, unprompted, about glove compartments resembling a small, slimy animal. In English, a pair of pants is in fact just one object: a foreigner who finds themselves in need of new underwear may feel short-changed upon purchasing one pair of pants from the department store. The power that words can have on us is enormous: in an experiment for Blink, Malcolm Gladwell asked participants to make grammatically correct sentences out of groups of words such as:

This isn’t a difficult exercise, but the fact is that were you to have sat in a room to fill in your answers, you would have left that room walking slower than when you came in. The reason is that “worried”, “old”, “lonely”, “bingo” and “wrinkle” all have connotations of ageing. The power of association, strong enough to immediately impact our physical pace, suggests that words have an unknowable power over our worldview. Are the English, for example, more likely to see pants and trousers as necessarily symmetrical as a result of this language quirk? In French the word “cheveux” means hair – but only that sprouting from your scalp… coming from anywhere else it is referred to as “poil”, and “poil” is also used for what we call fur, on animals. Discursively differentiating the two is bound to have an impact on how we view our various tufts.

Discursive associations can also be fun! Going back to the pants… take off that pluralising ‘s’ and anglophones would probably envisage some kind of dog with its tongue hanging out. Because although the etymology of both “pants” and “to pant” might make sense in isolation, the adoption and collision of different tongues results in homophones and funny coincidences. Pantalone was a scheming old man who wore distinctive red breeches and was a staple of 16th century Italian theatre… To pant derives from the Greek phantasia (imagination) via the old French pantaisier (to gasp). It’s interesting that this can make us picture a dog with pants on its head. There’ll be tonnes of these things in different languages which you tend not to notice unless you’re learning it. 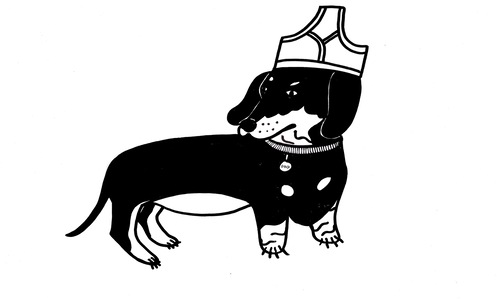 Our tongue also shapes our ears. “Oink oink” is “knor knor” in Dutch – pretty different noises, but both are audible if they’re what we’re told to expect from a piggy encounter. On a more complex level, learning to communicate in a tonal versus atonal language will heighten our sensitivity to certain noises elements of sound. We must therefore hear music totally differently; even an individual can hear a piece differently when tapping into the rhythm of a piece versus its melody so imagine if you’d spent your life responding to marginal differences in pitch rather than stress or overall melody. One result of such thorough wiring to our tongue is that – like a piece of music you can never hear for the first time again – we have no idea what our language sounds like to foreigners because we are automatically so tuned into its nuances. Even North Americans can’t tell when the British are being sarcastic…

This is why I’m not one for pedalling language-learning for the sake of ‘truly understanding’ some masterpiece of [Proust/Nietzsche/Dante]. Although it might, of course, be helpful to have more of an idea for the sake of certain words (Nietzsche’s concept of turning “Leidenschaften” into “Freudenschaften” is translated as turning passions into joys, which are not obviously distinct in English), the main thing I learnt from studying languages at uni is that you are not going to reach fluency in a language unless you are living in that country for quite a long time. Various people have told me it’s 12 months till self-expression becomes hard-wired enough to be called fluent. That’s quite time consuming and a little bit inconvenient. I would argue that even a relatively low level of knowledge will make you familiar enough with the sound and intonation of a language to quite radically improve your grasp of meaning. If your ear is atuned-eth to the tonal sounds of Mandarin I’m sure you can tell (even if you make that whole faux-pas of mixing the “ma” which means horse and mother) if the speaker is livid or delighted about said horse/mother.

This is what I would call the deep humanity of language. It’s the area where technology fails us. I don’t think Google Translate would be any the wiser than a Yank over British sarcasm either. My punctuation may affect how your inner narrator speaks this very sentence! Say what you like about ye olde homo sapien, but it’s quite good at understanding others’ most basic emotions. Zooming in recent months (as well as SMSing, MSNing and BBMing in days gone by) has shown us all how multi-dimensional communication is, and how taking away any element of it can end in tears. Speech is immensely subtle.

One way to free yourself from such a quagmire of sensitivity? Learn a new language! Learn a new language and you can be clumsy and stupid, you can miss out on double meanings, you can meet people free of stereotypes concerning your intelligence, class or region. You can blithely insult people and then blame it on your lack of linguistic mastery: “tell you you’re an unbearable fool?! I don’t understand what I’m saying tee hee!” Seriously liberating stuff. Although it can also be a little annoying… I was deep in a facetiously argumentative debate when I declared in German that there was no “Zwiebel” something that I was arguing was correct. Zwiebel means onion… I was aiming for “Zweifel”, which is doubt.

To end, I’ll just say that I was very pro titling our section for this kind of article ‘Thinkpieces’ rather than ‘opinion pieces’, because I’ve not got an opinion – this isn’t really an argument, I’ve just been thinking about it. ‘Thinkpiece’ is very German in construction. Actually, their word for monument/memorial is Denkmal which means think-time. Learning languages is cool because, even if only in little ways, it challenges the Weltanschauung (worldview: we can use the German, but English-speakers now also use a completely literal translation of the compound word) you have always taken for granted. It’s like that parable about the two young fish swimming by an older one who asks how the water is that day, and they reply, “what the hell is water?” It may not be until you’re confronted with the alien that you recognise the influence your familiarity has over you.

Are there any foreign words or idioms that strike you as untranslatable? Do you think language learning is important? Let us know on social media @moroccoboundreview or email us moroccoboundreview@gmail.com.

Elsa is a native English speaker studying French and German at university and editor of the MBR.